Both have been held for more than seven years in the US detainment camp in Guantanamo, Cuba.

Angelino Alfano, the Italian justice minister, said the transfer deal was signed with the US in September.

He said that accepting the pair was a “concrete political sign” of Rome’s commitment to assist in closing the controversial camp, a stated aim of Barack Obama, the US president.

A US official also said that two other men have been relocated to France and Hungary.

Lahmer was captured in 2001 in Bosnia and was accused of being part of a group that was plotting to bomb the US embassy in Sarajevo.

The allegations against him and five other people were later dropped as the evidence against them was judged insignificant.

Robert Kirsch, Lahmer’s American lawyer, said: “We are grateful for the courage and generosity of the French people and government.”

He added that Lahmer has been given “a chance to rebuild his life”.

The fourth man was not identified.

Obama has set a deadline of January 22, 2010 to close Guantanamo Bay.

But last month he said that the deadline would not be met, citing political and diplomatic issues, including the difficulty in finding recipient nations for detainees.

There are now 213 detainees in Guantanamo Bay, which after being opened in 2002 has come under extensive international criticism for detention without trial and harsh interrogation methods.

With Monday’s moves, 30 people have been transferred from Guantanamo under Obama’s administration. All, bar one, have been sent to other nations. 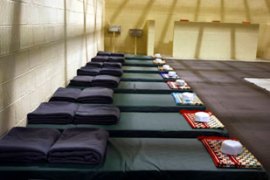 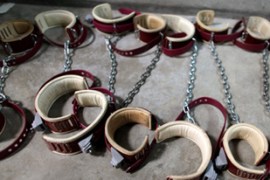 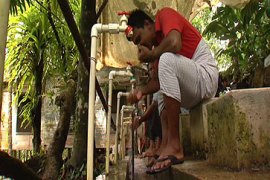