Hundreds of Thai troops manned checkpoints leading to the border and bomb disposal squads searched the area, while police boats patrolled the muddy waters of the Sungai Kolok.

In the latest violence, a forensic policeman was killed and three security officials wounded in twin bomb blasts by a river bank in Yala’s provincial town on Wednesday morning.

Earlier two Thai marines were wounded in a bomb and gun attack in Narathiwat province, where the bridge is located.

A bomb killed a soldier in a border town on Tuesday.

A soldier who was wounded in a clash with insurgents on Tuesday died in hospital overnight, taking the toll from the incident to three security officials and one insurgent.

Two people were killed on Monday by a powerful motorcycle bomb in the town of Narathiwat, while two other civilians were shot dead earlier this week.

Abhisit, who has been non-committal on the idea of decentralisation or self-rule for the once-independent region, has said that a long-term political solution was important, but he ruled out talks with the opposition fighters.

“Nobody claims any responsibility for these actions that are taking place and we feel that the most significant talks we can have are with local people,” he told a news conference.

International rights groups and academics have called on Abhisit to revoke martial law and an emergency decree that give the armed forces broad control of the region.

Speaking in Bangkok on Tuesday, Razak said he supported Thailand’s “constructive” plans to curb the violence and said he had held “especially productive, very comprehensive” talks with Abhisit.

He said Abhisit had been “very candid” in explaining Thailand’s strategy in dealing with the insurgency but said that it remained essentially a domestic problem for Thailand.

In its latest report on Tuesday, the International Crisis Group (ICG) said that the Thai government has been pursuing the wrong strategy and should seek dialogue with the insurgents.

“If the government is serious about curbing the insurgency, it has to change course,” Jim Della-Giacoma, ICG’s Southeast Asia project director, said.

“There are plenty of ideas about political solutions compatible with a Thai unitary state that should be more openly discussed.”

Speaking later to Al Jazeera, Della-Giacoma said the joint visit by the Thai and Malaysian prime ministers has a symbolic significance, showing that both countries are willing and ready to co-operate to tackle the southern insurgency.

He said ties between Thailand and Malaysia were bad under Thaksin Shinawatra, the former PM, who accused Malaysia of harbouring militants and of tolerating military training camps in the north of the country.

Della-Giacoma added that, although Thailand sees the southern conflict as an internal matter, the visit was a sort of acknowledgement of Malaysia’s role, given the fact that there is a cross-border element to the insurgency.

The ICG report also said that attempts to solve the problem with economic stimulus measures were futile.

It warned that the government’s $1.63bn budget for development projects over three years could creating scope for corruption, which could in turn erode the state’s legitimacy.

Analysts say the conflict is largely ethno-nationalist and, despite frequent rumours of outside involvement, there is no evidence suggesting it is part of a wider Islamist movement. 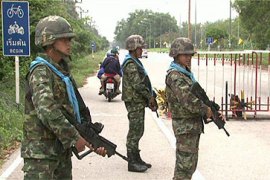 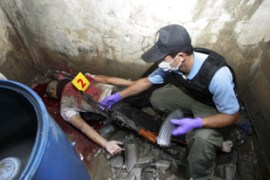 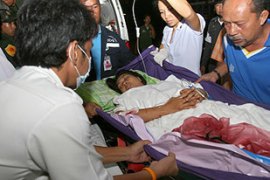