A series of leaked or stolen emails from Britain’s Climate Research Unit are being used by climate change sceptics to cast doubt on scientific data that shows human activity causes climate change.

The emails allegedly show some of the world’s leading researchers discussing ways to suppress opponents’ views.

Amid the debate, and the potentially damaging political implications, the United Nations has said it will investigate. 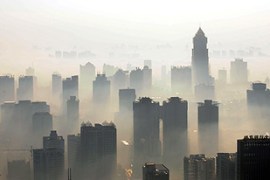 US president changes plans and agrees to attend final session of Copenhagen summit.