“We would like to comfort everyone that our country today is stronger and better, and that our economy and society are healthy,” Sheikh Khalifa bin Zayed al-Nahayan said in a speech, quoted by state news agency WAM.

The stock market falls were precipitated by an announcement last Wednesday that Nakheel, the property developer arm of Dubai’s heavily-indebted conglomerate Dubai World, would seek a six-month freeze on debt repayments of almost $60bn.

Nakheel consequently asked the Nasdaq stock exchange to halt trading of its shares to allow time to complete its restructuring plans on Monday, while concern heightened over the UAE’s economic health.

The finance ministry then announced that it would not guarantee the debt of Dubai World, causing further market unrest on Tuesday.

In Dubai, Sheikh Mohammed bin Rashid al-Maktoum, the emirate’s ruler, said the the global reaction to the planned restructuring of Dubai World showed a lack of understanding.

“We are strong and persistent,” he told reporters.

Dan Nolan, Al Jazeera’s correspondent in Dubai, said: “Everyone has been of the opinion yesterday and again this morning once the markets opened it would be another torrid session.

“The good thing for them is that at the end of this session today there is another four-day break for the UAE national day holiday. So the markets will then re-open on Sunday and everybody is hoping that by then this slide will have stopped.”

It is hoped that a financial assistance programme by Abu Dhabi, which has 90 per cent of the UAE’s oil exports, will help to resolve the debt crisis, although the details of any proposed plan have not yet been divulged.

“Negotiations [between Abu Dhabi and Dubai] are underway. Everybody is waiting to see what Abu Dhabi will want in return,” Nolan said.

“That will depend on how tight the brotherhood is between these emirates … Abu Dhabi has to be careful that their stock markets are getting hammered too. So they have a vested interest in fixing this.”

Abu Dhabi said last week that any assistance to Dubai would be on a case-by-case basis, unlike the $15bn in assistance the emirate gave to Dubai earlier this year. 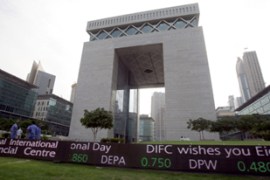 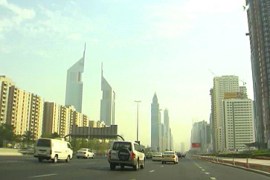 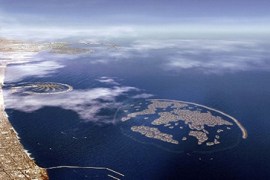