They include Gordon Brown, the British prime minister, and Nicolas Sarkozy, the French president, as well as leaders of African and Caribbean nations.

Delegates have suggested that any deal could include a statement of long-term objectives, along with a series of supplemental decisions on technology transfers, rewards for halting deforestation, and building infrastructure in poor countries to adapt to global warming.

But developing nations have been angered by suggestions from rich nations at Barcelona that a “political deal” be done in Copenhagen, with another six to 12 months then taken to draw up a legal binding text.

“Developed countries are acting as a brake towards any meaningful progress” Lumumba Stanislaus Di-Aping of Sudan, the chair of the Group of 77 and China, representing poor nations, said.

African nations had boycotted some of the talks on Tuesday in protest at the suggestion.

“With a legally binding agreement at least a year away scientists are warning every delay makes a solution even harder.”

Dessima Williams of Grenada, which was representing small island states which say they risk being swamped by rising sea levels, said that any deal would have to be legally binding.

“Lives and the very existence of whole nations are at stake,” she said.

De Boer said that there was too little time to produce a full legal text at Copenhagen.

But he said that the meeting should at least set 2020 emissions goals for all rich nations, agree on actions by the poor to slow their rising emissions, and approve ways to raise billions in funding.

“I believe that the US can commit to a number in Copenhagen,” he said.

The US is still to present its position or suggest emissions targets because of the slow progress of climate legislation through congress.

The aim of the negotiations has been to broker an agreement building on the 1997 Kyoto Protocol, which expires in 2012. Without a new one, there will be no international regulation governing carbon emissions.

Speaking on Friday, Kevin Conrad, the Papua New Guinea delegate at the Barcelona talks, said: “Part of the frustration is that a deal is so close … all the elements are there.

“But it’s absolutely conceivable for senior people to come together and spend a week and clean all this up.”

UN scientists say that rich countries must cut carbon emissions by 25 per cent to 40 per cent from 1990 levels by 2020 to prevent the Earth’s temperatures from rising two degrees Celsius above its average temperature before the industrial era began 150 years ago.

Lack of progress at UN talks in Spain does not bode well for Copenhagen summit’s outcome. 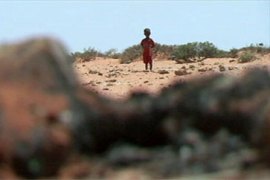