“This option of giving our enriched uranium gradually or in one go is over now,” he told the ISNA news agency on Saturday.

However, Ali Asghar Soltanieh, Iran’s ambassador to the International Atomic Energy Agency (IAEA), the UN nuclear watchdog, told Al Jazeera that Tehran was still considering its official response to the offer put forward by major powers at talks in September.

In its initial reply to the plan handed over to the IAEA on October 29, Tehran had taken issue with provisions for it to ship out 75 per cent of its stocks before receiving any fuel, according to Iranian media.

Sadegh Zibakalam, an analyst from Tehran University, said that he believed the Iranian leadership is split on how to respond to the offer.

“The conflict among the Iranian leadership is really an ideological dispute,” he said.

“The more hardline Iranians are opposed to any kind of solution with the 5+1 [the permanent members of the UN Security Council plus Germany] because that would involve a rapprochement with the United States.”

The deal was offered to assuage Western fears that Iran could further enrich their uranium stocks to produce a nuclear warhead.

Tehran has repeatedly insisted that it has no plans to build an atomic weapon and its nuclear programme is designed to meet civilian energy needs.

However, lingering suspicions between the Washington and Tehran, after 30 years without diplomatic relations, threaten to scupper any prospect of a deal.

“There’s total distrust on the part of Iran,” Mohamed ElBaradei, the head of the IAEA, said in an interview the New York Times newspaper on Thursday.

His comments were underlined by Ahmad Khatami, a senior Iranian religious figure, at Friday prayers in Tehran.

“What guarantee do we have that if we deliver our enriched uranium, we will get the fuel?” he asked.

“If they want to harm our  rights, our response will be to enrich the fuel ourselves.”

Meanwhile, David Miliband, the British foreign minister, has said that the lack of a response from Tehran is “very disappointing”.

“We haven’t had a proper answer on that and it’s disappointing to get that sort of engagement,” he said in an interview to Al Jazeera on Friday.

“The international community has shown it does not seek to victimise Tehran. Tehran is the author of its own isolation.” 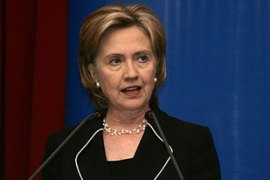 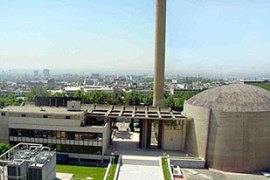 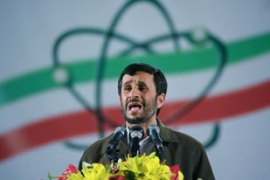 Iran formally responds to IAEA pact on its atomic programme.