The Republican party wasted no time in claiming a broader victory for its win in Virginia.

“The Republican party’s overwhelming victory in Virginia is a blow to President Obama and the Democrat party,” Michael Steele, the Republican National Committee chairman, said.

“It sends a clear signal that voters have had enough of the president’s liberal agenda.”

However, Robert Gibbs, the White House press secretary, dismissed the potential impact of the governors’ races on Democrats and the 2010 congressional polls.

“I don’t believe that local elections in New Jersey and Virginia portend a lot about legislative success or political success in the future,” he said.

While local factors influenced all three races, the persisting weak state of the US economy appeared to be an overarching issue that played a role in each state.

Two appearances on Deeds’ behalf by Obama appeared to have little impact in Virginia, as Democrats suffered from a lack of enthusiasm without Obama on the ticket.

But a poll released on Monday gave Republican Chris Christie a slight lead over Corzine, a former Wall Street executive who pumped $23m of his own money into his campaign. 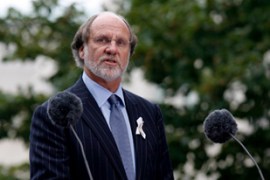 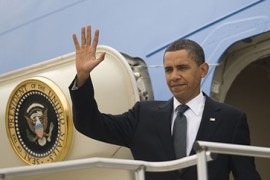 Has Obama brought change to the US?

Fault Lines revisits some of its most memorable reports from the past year to find out. 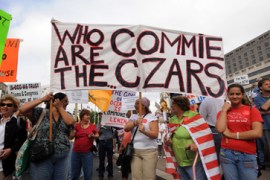