They came in droves. Over 1,500 people mobilised in Washington last week to support J Street – the nascent Jewish-American lobbying organisation that defines itself as “Pro-Israel, Pro-Peace”.

J Street’s vision is for a secure and democratic Israel existing side-by-side in peace and security with a Palestinian state. As a lobbying organisation, it is recognised by many as an alternative to the American Israel Public Affairs Committee (AIPAC).

Unlike the more established and powerful AIPAC, which tends to tailor its support to Israel’s governmental point of view, J Street differentiates between support for Israel and support for the policies of the Israeli government.

‘Birth of a movement’

The mood at the conference was buoyant and forward-looking. For three days, participants listened to speeches by notable politicians and intellectuals; gathered for panels headed by some of today’s top Middle East analysts; and networked in the hallways of the Hyatt hotel.

“The numbers of participants far exceeded our expectations – 148 congressmen supported the event, 250 students, and reporters from 17 countries came. This is truly the birth of a movement.”

The enthusiasm of Ben-Ami was shared by many other attendees.

“J Street is the single most significant development in a 40 year struggle of pro-Jewish progressives to finally have a voice in Washington,” explained Marc Gopin, a professor of conflict resolution at George Mason University.

“It is a maturation of progressives to understand how to influence political processes in the age of democratic capitalism.”

Yuli Tamir, one of the five Knesset members in attendance, said: “The significance of this conference is that it is now clear that there are at least two views in the American Jewish community. There is the AIPAC view and the J Street view.

“They are both legitimate views, and they represent different interpretations on what should de done.”

Not surprisingly, the event came with its share of controversy. The Israeli government, citing concerns that J Street’s policies “may impair the interests of Israel,” declined to send its top ambassador to the event – opting instead to dispatch lower-level representatives to “observe” the conference.

Also, negative attention, in the weeks prior to the event, led 12 members of the US congress (including both senators from New York) to withdraw their support, stating that they were unaware of the nature of the organisation.

Howard Coble, a Republican congressman from North Carolina, explained that he withdrew his support after his rabbi (and others) told him that “this group is by no means on the same page with the mainstream Jewish community back in my district. And I didn’t feel comfortable lending my name to that outfit”.

Lastly, J Street cancelled a schedule session involving poetry, entitled Culture as a Tool for Change, when the neoconservative publication, The Weekly Standard, exposed that the participating poets compared the policies of Israel and the US to that of the Nazis.

One of the poets, Josh Healey, had written that in a reversal of Jewish history, it was the Israelis who were “writing numbers on the wrists of babies born in the ghetto called Gaza”.

Ironically, the sole right-wing protestor outside the conference held up a sign which read “J Street are Nazis”.

J Street seemed unperturbed by the developments. Despite the loss of support from 12 members of the US congress, over 40 other members attended the gala dinner and 148 sponsored the event.

The snub by the government of Binyamin Netanyahu, the Israeli prime minister, was offset by Tzipi Livni, the opposition leader, and Shimon Peres, the Israeli president, who sent letters of congratulation and support.

It was further counterbalanced by the administration of Barack Obama sending General James Jones, the president’s national security adviser, to give the key note address.

Jones said that he was “honoured to represent President Obama” and assured his audience that “this administration will be represented at all other future J Street conferences”.

This vote of confidence, in addition to the jab at Israel’s decision not to send its ambassador, was greeted with rousing applause.

In just 18 months, J Street has established itself as a legitimate voice in Washington and within the American-Jewish community.

The main question now is where to go from here?

The challenge: Balancing idealism and pragmatism in Washington; staying true to progressive roots while catering to US Jews at large; and starting a dialogue with both the Israeli people and its government to overturn the negative association that Israelis have of the Obama administration.

Clearly, not an easy task. However, if the success of its first national conference is any indication, J Street has a fighting chance.

Roi Ben-Yehuda is an Israeli writer based in the US. He is a regular contributor to Haaretz and France 24 and is currently a doctoral student at the Institute of Conflict Analysis and Resolution at George Mason University. His blog can be read here. 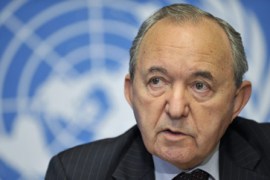 The Goldstone report: A Jewish view

Rabbinic student says accepting the report’s findings could be the first step toward peace. 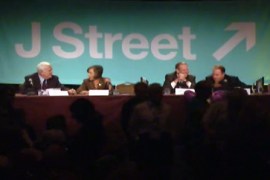 J Street places itself in opposition to Israel government on issue of settlements. 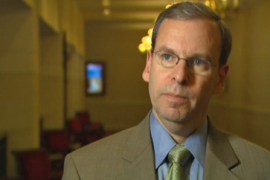 Jewish lobby with a difference