Shares in the oil-exporting United Arab Emirates (UAE), however, are expected to fall sharply when markets open for the first time since Dubai’s announcement and the end of the Eid holidays.

Global stock markets took a nosedive last Friday triggered by news that Dubai was asking creditors of its state-owned construction firms for a six-month freeze on repayments on $59bn of debt.

The request for a debt moratorium for state-owned Dubai World and Nakheel, its property arm and the builder of its landmark palm-shaped islands, triggered panic and drove global markets down.

The news triggered fears that Dubai’s debt problems could lead to more financial instability just as the global recession appears to be easing.

Following the announcement European stocks fell to lows not seen since May while stock markets in Asia also tumbled, with South Korea and Hong Kong losing almost 5 per cent.

On Sunday the UAE government moved to contain the fallout from Dubai’s debt crisis by pledging emergency central bank funds to all banks in the country, including foreign institutions with local branches.

Analysts say the central bank’s move to inject liquidity into Dubai’s banks, together with promises by neighbouring city-state Abu Dhabi to provide selective support, was the bare minimum they could do.

However, the bank’s announcement, aimed at shoring up confidence, did not mention any specific help for Dubai.

Hur Kyung-wook, South Korea’s deputy finance minister, said on Monday that the government would maintain a daily monitoring system until the Dubai incident was resolved.

In Japan the Nikkei benchmark, which hit a four-month closing low on Friday, rose as the yen’s fall from a 14-year high against the dollar also lifted exporters.

“The rebound in the European shares provided the feeling that this Dubai shock may be absorbable,” Kumano told Reuters Television.

“I don’t think the level of direct impact that the Dubai crisis has on Japan would be that huge.”

Francis Lun, general manager of Fulbright Securities Ltd, said the UAE would not let Dubai World go down the tube.

“The most important thing is that the United Arab Emirates came up and said that they would support the banks and I think the investors were relieved that it will not be a repeat of the Lehman bankruptcy,” he told Reuters.

“I think the banks will have to take a significant haircut on this, because they are not going to get all the money back.” 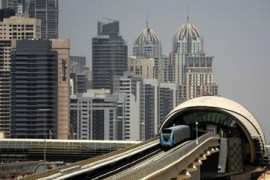 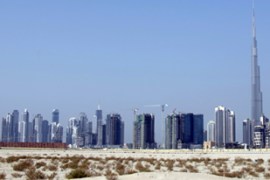 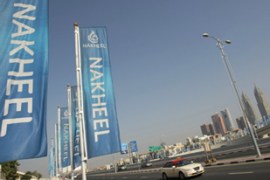 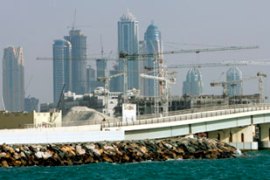