Following his appearance, the court adjourned the case to decide what to do about Karadzic’s persistent boycott of the proceedings and his demand for more time.

O-Gon Kwon, the presiding judge, said he would advise later this week on how it will proceed.

Geoffrey Nice, a former chief prosecutor at the ICTY who took part in the case against Slobodan Milosevic, the former Serbian president, told Al Jazeers there was no need for the delays.

Nice said: “They have given him enough time to prepare, the appeals chamber has confirmed that, they should get on with the trial.

“The options are to proceed without him completely if he chooses to absent himself, and by the way, do you really think he would stay absent with all that publicity opportunity?

“The judges might find if they had the confidence to take the matter to the wire that he’d turn up.

“They can withdraw his right to represent himself and impose counsel on him, the problem then is does counsel need a long time to prepare for the case.”

Karadzic said prosecutors had loaded him down with 1.3 million pages of evidence and that he has been able to work on his defence only since May, when he got all the evidence from prosecutors.

“The situation is such that I would really be a criminal if I were to accept these conditions, to enter a trial for which I am not prepared,” he said on Tuesday.

O-Gon said Karadzic was repeating claims he has made in pretrial hearings and in motions that have been rejected by trial and appeal judges.

He signalled the court is unlikely to grant him any more time.

“At the end of the day, I again remind you that it is in your best interest to attend and participate fully in the trial so that justice can be done,” O-Gon said.

Karadzic is facing 11 charges of genocide, war crimes and crimes against humanity in connection to the 1992-95 Bosnian war.

Prosecutor Hildegard Uertz-Retzlaff urged the court to impose a court-appointed lawyer on Karadzic so that the case could continue.

“Mr Karadzic cannot be allowed to manipulate the proceedings through his decision to not attend hearings,” she said.

“If necessary, force can be used to secure his presence in the courtroom.”

O-Gon has previosuly said that the court would consider imposing a lawyer to represent Karadzic if he continues to boycott the proceedings.

Karadzic had pledged in a letter earlier this week that he would attend the procedural hearing on Tuesday aimed at finding a way to proceed without his presence.

“I hope we will be able to find a solution which will lead not only to an expeditious trial, but a fair one,” he said in the letter released on Monday. 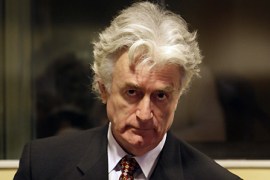 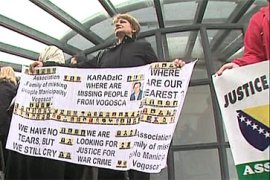 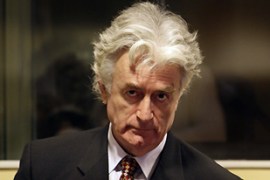