Officials said that this year’s hajj had been a success, with a spread of the H1N1 flu virus not occurring as feared.

Special screenings for the virus had been undertaken before the ceremony.

There were five reported deaths from the disease, with all those dying also suffering from other complications, and less than 100 infections.

Ahmad Mansour Sissi, a Senegalese government official, said: “Frankly, I did not witness any impact of crowd congestion or the swine flu.”

Ayman Mohyeldin, Al Jazeera’s correspondent in Mina, said: “The ministry of interior has said that 2.3 million pilgrims have participated in this year’s hajj. Nearly 700,000 are from inside Saudi Arabia – the vast majority of those not Saudis but foreign nationals who live in the Kingdom.

“That number is a slight decrease from last year.”

New walkways were credited with preventing crushes and stampedes seen in previous years.

About 1.6 million foreign pilgrims will now leave Mecca, taking buses to the city of Jeddah and from there aeroplanes, trains and road vehicles back home. 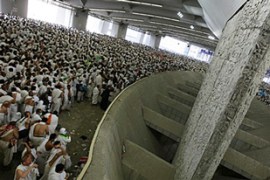 Muslims around the globe celebrate Eid, as Hajj pilgrims near end of their journey. 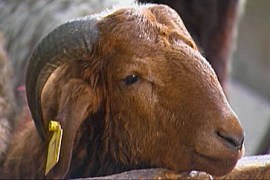 No Eid meat for Egypt’s poor

Price hikes of 20 per cent remove meat from many tables during the Muslim festival. 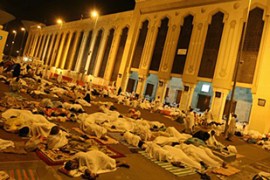 Millions of Muslims gather at Arafat, the scene of Prophet Muhammad’s final sermon. 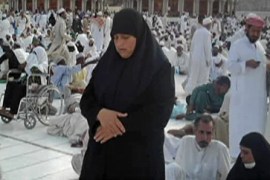 Palestinian fulfils her dream without her husband who was killed in Israel’s war.