In a telephone interview with Canada’s CTV News, Lindhout said that while she and Brennan were in captivity they had been kept apart and were moved from house to house.

“I was kept by myself at all times. I had no one to speak to. I was normally kept in a room with a light, no window, I had nothing to write on or with. There was very little food. I was allowed to use the toilet exactly five times a day,” she said.

Lindhout said a ransom was paid by the families to secure their release.

A police officer and a lawmaker confirmed that a $700,000 ransom was paid for their release, while unconfirmed reports suggested a figure of around one million dollars was handed over to armed groups.

Civil conflict has left Somalia without an effective central government since 1991.

Lindhout and Brennan were taken hostage just outside Mogadishu in August 2008 as they researched a story on internally displaced persons.

A Somali journalist who was captured with them was freed in January. 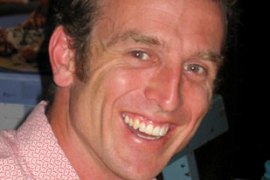 Journalist say they were beaten and tortured during 15 months in captivity.