The US decision comes just days before a review conference on the 10-year-old Mine Ban Treaty, credited with reducing landmine casualties around the world, is due to get under way in Cartegena, Colombia.

The treaty plans to end the production, use, stockpiling and trade in landmines.

Besides the US, countries holding out on the agreement include China, India, Pakistan, Myanmar and Russia.

Patrick Leahy, a US senator and a leading advocate for the treaty, called the decision “a default of US leadership” and criticised the state department’s policy review as “cursory and half-hearted”.

“It is a lost opportunity for the United States to show leadership instead of joining with China and Russia and impeding progress,” Leahy said in a statement.

Landmines are known to have caused 5,197 casualties last year, a third of them children, according to the Nobel prize-winning International Campaign to Ban Landmines.

Kelly said the US would still attend the conference next Sunday, which is expected to draw more than 1,000 delegates from more than 100 countries, including ministers and heads of state.

“As a global provider of security, we have an interest in the discussions there,” he said.

“But we will be there as an observer, obviously, because we haven’t signed the convention, nor do we plan to sign the convention.”

Anti-landmine campaigners welcomed the development as it will be the first time the US will send observers to a gathering of states that have accepted the treaty.

“The very fact that they are showing up we take as a positive sign of movement on this issue within the [Barack] Obama administration,” Steve Goose, director of the arms division of Human Rights Watch, said, referring to the US president.

“We hope they’re not coming empty-handed.”

To some extent the US already abides by the provisions of the treaty.

Goose noted that America has not used anti-personnel mines since the 1991 Gulf War, has not exported any since 1992 and has not produced them since 1997. 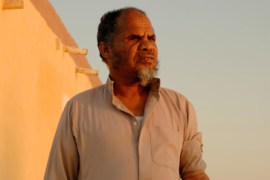 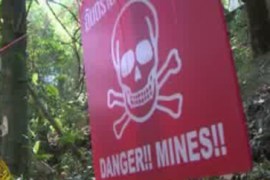 Long after the conflict in Cambodia ended, the area around the Thai-Cambodia border remains littered with mines. 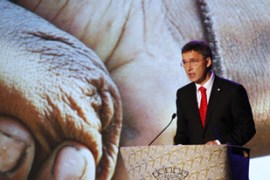