But Ehrman said the information made no difference to the case for war, and described a series of intelligence briefings on WMDs between 2000 and 2002 and “patchy” and “sporadic”.

Jonah Hull, Al Jazeera’s correspondent in London, said the inquiry has so far revealed “just how difficult it was to make any sort of assessment about the threat of Iraq in the years leading up to the war”.

He said both witnesses testified that intelligence was unclear about what was going on in the country following the departure of UN weapons inspectors from Iraq in 1998.

“There was a general belief that he [Saddam] no longer had nuclear capability but there were concerns about chemical and biological weapons,” he said.

An official dossier to justify the 2003 war said that Saddam could launch weapons of mass destruction, understood by officials to mean chemical weapons, within 45 minutes, the inquiry heard.

Tim Dowse, a former head of counterproliferation at the foreign office, said he had not been surprised by the 45-minute claim “because it didn’t seem out of line [with assessments at the time]”.

On the second day of the Iraq inquiry, the five-member panel also heard that Libya and Iran were Britain’s main security concerns before the invasion of Iraq.

“In terms of nuclear and missiles, I think Iran, North Korea and Libya were probably of greater concern than Iraq,” Ehrman said.

Dowse said that Iraq “wasn’t top of the list”.

“In terms of my concerns on coming into the job in 2001, I would say we put Libya and Iran ahead of Iraq,” he said.

He also said that while there was evidence of contacts between Iraqi officials and members of al-Qaeda in the late 1990s, these links were stepped further back after the September 11 attacks.

Dowse said they “did find some evidence of contacts between Iraqi officials and individual members of al-Qaeda in the late 1990s. These had been quite sporadic contacts … they hadn’t been anything that looked like a relationship between the Iraqis and al-Qaeda.

“After 9/11, we concluded that Iraq actually stepped further back. They did not want to be associated with al-Qaeda. They weren’t natural allies.” 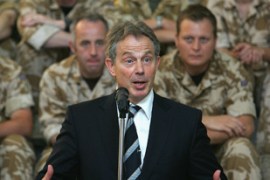 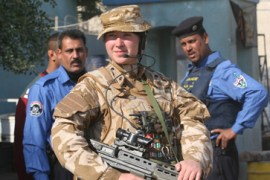