There were reports quoting an unnamed employee as saying that the mine’s director, deputy director and chief engineer had been fired after the incident.

But Zhang Jinguang, a spokesman for the mining company, told reporters it was an act of nature, and not caused by human error.

“There was no sign that this accident might happen. If there had been, we could have controlled it. On top of that, as I just said, it was a huge and sudden coal and gas explosion like a bomb,” he said.

Still, Saturday’s incident at the nearly 100-year-old mine near the Russian border once again highlighted how heavy demand for power-generating coal in the world’s third-largest economy has sometimes come at a high human cost.

“Development is important, but the growth of GDP shouldn’t be achieved at the price of miners’ blood,” he said.

The deadliest accident in China’s mining industry in two years was a blow to the central government’s efforts to improve safety in the world’s deadliest mine industry.

Hundreds of smaller, private mines have been shut down or absorbed into state-owned operations.

In the first half of the year, 1,175 people died in officially recorded coal mine accidents across China, a fall of 18.4 per cent compared to the same time last year, according to the State Administration of Coal Mine Safety. 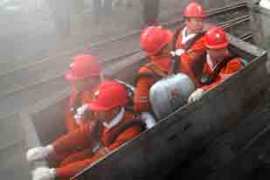 Toll rises in China mine blast 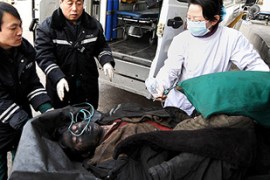 Dozens rescued after worst coal mine blast in a year leaves 74 dead and 114 injured.