“The Oprah Winfrey Show,” which first aired in 1985 and is currently syndicated in 145 countries, is one of the TV industry’s biggest money-makers. It is the top-rated US daytime talk show, averaging 7.1 million viewers this year.

It has helped Winfrey, born in 1954 to a single mother in rural Mississippi, amass a fortune estimated by Forbes magazine at $2.3 billion and anchored an entertainment empire that produces television talk shows, movies, and the style magazine O, the Oprah Magazine.

Winfrey, who also earned an Oscar nomination for her supporting role in the 1985 film “The Color Purple,” is considered a major opinion-maker in the United States.

Her public backing of presidential candidate Barack Obama last year was considered a boost for the Democrat’s campaign.

Her book and product choices have launched best-sellers and marketing bonanzas.

The final show will air on September 9, 2011, nine months after the anticipated launch of a new cable television channel Winfrey is developing with Discovery Communications.

While Winfrey did not discuss her future plans on air, fans won’t have to look far for their Oprah fix.

“After production wraps on ‘The Oprah Winfrey Show,’ Winfrey plans to appear and participate in new programming for OWN: The Oprah Winfrey Network, a 24-hour cable network that reflects her vision, values and interests,” Winfrey’s Harpo Productions said in a statement. 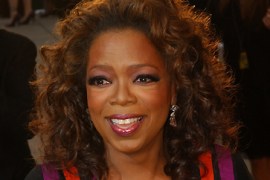 Covering a crime story in 1981, Rob Reynolds came across a TV anchor with a burning ambition to succeed. 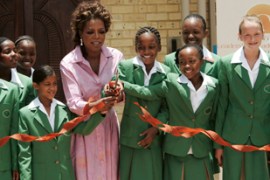