Israel approved the construction of 900 housing units in occupied East Jerusalem earlier this week, calling it part of a “routine building programme”.

The Palestinians say the settlement issue is central to efforts to restart stalled peace talks, and it has demanded that all construction is halted before they resume talks.

The Brazilian president pledged on Friday to help Abbas re-launch the stalled talks, saying the peace process would “benefit from the contribution of countries other than those traditionally involved” in negotiation efforts.

“From the smallest country in the world to the world’s largest country, among their priorities should be peace negotiations in the Middle East,” he said.

Abbas said he appreciated Brazil’s efforts to get involved in the process, but urged Lula to play a greater role in international peace efforts.

“With respect to you, President Lula, we would like you to have a role, and you’re ready for it,” Abbas said.

“We want you to play a role, which you have welcomed, and we welcome you playing a role like this, because we need you and your support and help.”

Abbas is also scheduled to travel to Argentina and Chile during his tour of the region. 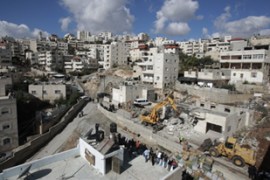 Aide to Israeli PM dismisses US criticism of approval for 900 new homes in East Jerusalem. 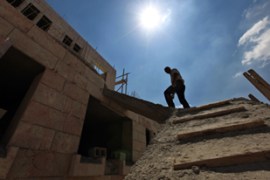 US “dismayed” and Palestinians outraged over approval for 900 new homes in East Jerusalem. 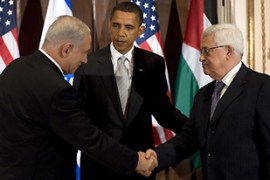