When Cyclone Nargis struck the southeast Asian nation of Myanmar in 2008, it left a trail of destruction in its wake, killing more than 140,000 people.

That’s where Cameron Sinclair stepped in.

Sinclair is the co-founder of Architecture for Humanity, a non-profit organization that provides design, construction and development services to communities suffering from natural disasters, poverty, and conflict.

The team is currently assessing the reconstruction of schools in the country in an effort to better design them to mitigate the effects of a potential subsequent storm.

But Myanmar is just one of the nearly 20 different countries Sinclair’s group is working in, to provide more adequate community structures. With an ever-growing network of professionals, Sinclair has recently begun focusing more specifically on inadequate educational facilities.

It’s due to those efforts that the San Francisco-based architect was invited to attend the inaugural three-day World Innovation Summit for Education (Wise) in Doha, Qatar, which ended on Wednesday.

Al Jazeera spoke with Sinclair about the global lack of adequate educational facilities, the power of social networking in organizing relief efforts, and the challenges of meeting the needs of the world’s poor.

Al Jazeera: How did you come up with the idea for Architecture for Humanity?

It was 10 years ago. I was practicing as an architect and I just wanted to do something that was much more socially focused.

Kate Stohr, who co-founded the organization with me – we felt that perhaps we could do one or two projects a year as a side job, focused on social needs.

Now, we build hundreds of structures per year. Every one of them is open sourced – meaning the plans are shared [and can be freely downloaded] on our website.

The role of our organisation in doing these facilities is about social good. By not sharing it, you’re actually limiting its impact.

How does Architecture for Humanity fit in with the goals of the World Innovation Summit for Education (Wise)?

We’re building schools in about 20 countries in a lot of areas of conflict and the budgets for these schools are $2000 a classroom.

I was interested in Wise, because I wanted to find out to what extent [the organizer] Qatar Foundation wanted to create a forward-thinking educational forum. This is an extremely fortunate country and with that you have an incredible opportunity. Qatar Foundation has an opportunity to change the dialogue of education by taking risks.

I would like to see Wise be risky enough to highlight the worst. In the West, we tend to be more donor-focused rather than child-focused.

Non-governmental organisations tend to be more conservative, they sweep mistakes under the rug – because there goes their funding. When you have a lot more funding, you can be more open with your approach.

What happens after you get a design request?

We look for three things: A strong community where expectations have been set out, a talented, passionate workforce and a commitment to seeing the project all the way through.

Then we have a design team live in the community for up to a year, doing weekly design meetings. If we’re building a school, then kids are designing it with us.

After that, we run it like a construction job, and once its built we come back six months later to see if the building is being used the way we thought it would be used. At one site, the rooms we thought were going to be a library turned into a women’s co-operative, so we redesigned it. The community realized what their needs were.

The more that I do, the more need I see. You suddenly realize you went into a community to build after a disaster, and you realize there’s a whole set of issues you have to address.

Where does the funding for these projects come from?

For Cyclone Nargis, we raised all of our money through [the social networking website] Facebook – about $40,000. It sounds crazy but it worked. It’s all $50 donations from individuals.

Quite a lot of our funding comes from kids on the Internet. It also comes from companies looking for social responsibility avenues, foundations and also grants.

If the community says ‘I want a health centre’, the donor says ‘what do you need?’ and that’s where we step in.

I get four or five requests a day, so that’s about 2,000 requests a year. We find ourselves struggling, because there’s no way we can match the need. We say no to 90 percent of the building requests we get.

How do you manage to make the organization so community-focused; how do you connect with enough people on Facebook to fund a project like that?

For Nargis, people just didn’t connect. A lot of companies didn’t want to touch it [due to the political situation in Myanmar]. So we went on Facebook, we teamed up with Asean [the Association of Southeast Asian Nations].

It’s incredibly difficult to convey [the issue of inadequate buildings] to the general public, but with social media you can do that. For not a lot of money we can communicate via SMS, Twitter, laptop and cell phones. You can relay this layered issue. And people begin to understand.

We’ve never promoted ourselves as green, but in most of these areas sustainability is a matter of survival. If you don’t build that way, they can’t maintain the facilities. So we’re incredibly green: 85 per cent of our buildings are off the grid.

When you look at population growth, it’s the resources that are not there right now. So a lot of the conflicts we’re facing are not going to be about fossil fuels, they’re going to be about access to services.

Let’s come up with ways to make sure that there’s equity in those resources. 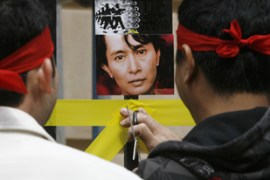 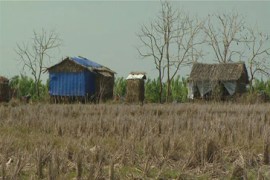 Myanmar: After the storm

One year after Cyclone Nargis how is the country dealing with the devastation? 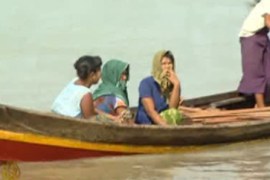 Video: Myanmar cyclone one year on

A year after Cyclone Nargis left more than 140,000 dead in Myanmar survivors are struggling to rebuild their lives. 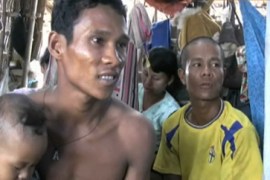 Video: Inside the cyclone zone

A year after Cyclone Nargis killed 138,000 people the devastation is still apparent.