The White House has said that it will continue to push for the facility’s closure, and is moving to repatriate some of the detainees who have been cleared for release, while seeking countries willing to provide asylum to others.

Christopher Anders, the senior legislative counsel at the American Civil Liberties Union, said that the organisation was “disappointed” that the deadline would not be met.

“That means defendants should be charged in a civilian criminal court, as the alleged 9/11 are being charged, and people who are not being charged with crimes should be cleared and resettled or repatriated in places where they are happy they are ouit of danger of being tortured or abused.

“We should not have more people being sent to military trials and we should not have people continue to be detained indefinitely without charge,” Anders, who served as a human rights observer at the US military commission hearings at Guantanamo Bay, said.

In a separate interview with CNN on Wednesday, Obama also said US citizens should not be “fearful” about the decision to put five men accused of organising the September 11, 2001 attacks on trial in New York City.

The announcement last week that the defendants would be moved from Guantanamo Bay to New York sparked angry reactions from some victims’ families and Republican politicians.

John McCain, a Republican senator and rival for the presidency, said the decision sent “a mixed message about America’s resolve in the fight against terrorism”.

“We are at war, and we must bring terrorists to justice in a manner consistent with the horrific acts of war they have committed,” he said.

But Obama told CNN: “I think this notion that somehow we have to be fearful, that these terrorists possess some special powers that prevent us from presenting evidence against them, locking them up and exacting swift justice, I think that has been a fundamental mistake”.

Eric Holder, the US attorney who made the decision to bring the men to trial, said he would not “cower in the face of this enemy”.

“At the end of the day, it was clear to me that the venue in which we are most likely to obtain justice for the American people is in federal court,” he told a Senate Judiciary Committee hearing in Washington on Wednesday.

“By bringing prosecutions in both our courts and military commissions, by seeking the death penalty, by holding these terrorists responsible for their actions, we are finally taking ultimate steps towards justice,” he said.

Officials are considering whether some of the deatinees can be moved to a prison in rural Illinois, but previous attempts to discuss transferring the prisoners to the mainland US have been met with resistance from politicians.

“It’s hard not only because of the politics. People I think understandably are fearful after a lot of years where they were told that Guantanamo was critical to keeping terrorists out,” Obama told another interview with Fox News.

“So, I understood that that had to be processed, but it’s also just technically hard – I just think as usual in Washington things move slower than I anticipated.” 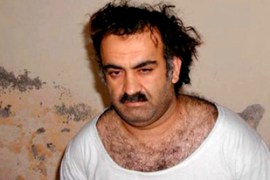 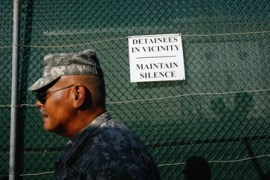 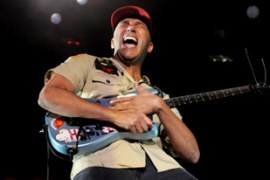 Musicians to file lawsuit aimed at uncovering use of loud music against detainees. 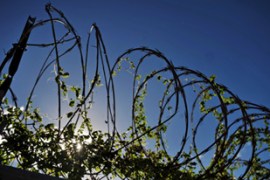 Upper chamber of congress votes in favour of terrorism suspects facing trial in US.