Mohammad Zahir Azimi, an Afghan defence ministry spokesman, said patrols had been stepped up throughout the capital, and that roads leading to international embassies had been blocked.

“We have very tight security inside Kabul, around Kabul, outside Kabul,” he said.

There are fears that Taliban fighters will attempt to target the ceremony or stage an attack inside the capital as a sign of its abilities.

“The enemy is now trying to penetrate into Kabul to disrupt the inauguration,” Colonel Sanam Gul, the commander of the 4th Battalion of the Afghan National Army, said.

Hillary Clinton, the US secretary of state, arrived in the capital on Wednesday to join representatives from more than 40 other countries at the ceremony.

Clinton said the inauguration, which follows an election marred by allegations of widespread fraud, gives Karzai a fresh chance to ensure his government is accountable to the people of Afghanistan.

“We stand at a critical moment on the eve of the inauguration of President Karzai’s second term,” she said.

“There is now a clear window of opportunity for President Karzai and his government to make a compact with the people of Afghanistan to demonstrate clearly that they’re going to have accountability.”

Clinton met Rangin Dadfar, the Afghan foreign minister, shortly after arriving and was also expected to meet US troops and international allies during the trip – her first to the country as secretary of state.

The international community and ordinary Afghans will be watching Karzai’s inauguration speech for signs of how he plans to address key issues, predominantly corruption, security and poverty.

In a survey of 704 randomly selected Afghan men and women, released on Wednesday, 70 per cent said that unemployment and poverty were the leading reasons why Afghanistan remains so unstable.

Forty-eight per cent of those interviewed for the Oxfam survey said that corruption and ineffectiveness of the Afghan government was a major cause.

“The Afghan government must demonstrate a stronger commitment to addressing corruption, increasing transparency and improving the rule of law,” the report concluded.

Many of those surveyed said that some warlords holding positions of power had spread insecurity and fuelled a lack of confidence in the government in Kabul.

The report said that the international community must do more to counter corruption in Afghanistan, while ensuring that economic development continues.

“Many individuals felt that though much had been promised to the Afghan people, little had actually been delivered – creating frustration and disillusionment and ultimately undermining stability,” it said.

“He has to pick up people who are obedient to the law, who are not corrupt, and who are not involved in human rights violations,” he told Al Jazeera.

“We should look at him as a suspicious person. However, we do not need to disregard him. Right now, all of the Nato countries and the United States of America are saying that Karzai must work to remove corruption … there is pressure from outside.” 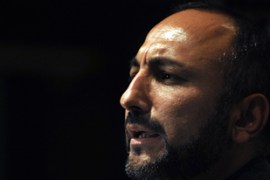 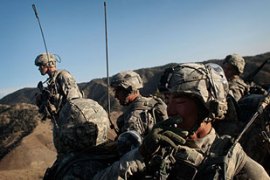 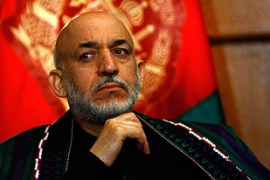