The documentary alleged that Lord Kalm, a CFI member and significant donor to the Conservatives, threatened to remove Hague’s funding after he said that Israel had used “disproportionate” force during its war in Lebanon in 2006.

David Cameron, the Conservative leader, is alleged to have promised not to repeat the conjecture.

“In addition to this £30,000, it is undoubtedly the case that some of our supporters have also chosen, separately, to donate to the party as individuals.”

The Dispatches documentary also claims that Poju Zabludowicz, a Finnish billionaire and chairman of Bicom (the British Israel Communications and Research Centre),  gave $25,000 and $84,000 donations to Cameron and the Conservative Central Office respectively.

Zabludowicz has a business interest in a shopping centre in Ma’aleh Adumim, an Israeli settlement in the occupied West Bank deemed illegal under international law.

Bicom organises briefings on and trips to Israel for journalists. The CFI and the Labour Friends of Israel (LFI) group, which is described in the documentary as “less unquestioning in its support of the Israeli government than CFI”, plays a similar role, accounting for 13 per cent of the total number of paid-for foreign trips for MPs and candidates.

Zabludowicz told The Jerusalem Post newspaper that the Dispatches programme “seems to have a predetermined agenda”.

“Some people have suggested that the production team felt compelled to ‘balance out’ their two recent programs exposing the footprint of radical Islamism in the UK,” he said.

“I come to this conclusion with a heavy heart, having been led [through] a not-so-merry dance over the past 10 days by the programme-makers.

“Bicom is an advocacy organisation. We work with journalists every day. It is in our DNA to put our side of the story forward and to be transparent.”

While the programme said that the donations are legal, one of its makers, David Oborne, a political columnist for the British Daily Mail newspaper, said that more needs to be known about the Israeli lobby’s workings and power.

“There is nothing resembling a conspiracy,” he wrote in the Guardian.

“The pro-Israel lobby, in common with other lobbies, has every right to operate and indeed to flourish in Britain.

“But it needs to be far more open about how it is funded and what it does … mainly because politics in a democracy … should be out in the open for all to see.”

In 2006, Stephen Walt and John Mearsheimer, two American academics, released a paper stating that Washington’s support for Israel was predicated by a hugely powerful Israeli lobby in the US. 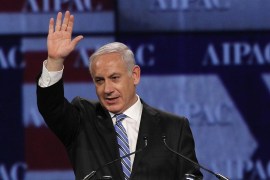 Avi Lewis examines the powerful Israeli lobby and its affects on Capitol Hill. 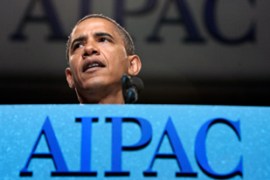