Analysts are predicting a low turnout and expect very few Serbs to vote due to pressure by the authorities in Belgrade and the influential Serbian Orthodox Church which have both called for a vote boycott.

But Ilir Deda, director of the Kosovo Institute for Policy Research and Development, told Al Jazeera: “The turnout will be probably similar to the one two years ago, and let’s not forget that these are only local elections for municipalities.

“In terms of [being] fair, democratic and free, I think that’s the biggest challenge.”

Deda said there was a “high awareness of the importance of these elections”, adding that “our central elections commission has done an oustanding job given the challenges it has to organise these municipal elections”.

The elections are seen as a test of Kosovo’s readiness to organise democratic elections on its own, having been run by the UN until it seceded from Serbia in February 2008.

Fatmir Sejdiu, the Kosovan president, called for a healthy turnout, saying: “This Sunday should prove to the world that Kosovo is a stable country that produces peace and stability in the region.”

In the latest incident, Nato peacekeepers removed a hand grenade found outside an opposition party’s offices in a northern town on Saturday.

Deda dismissed fears that the Serbs would boycott the election, saying: “The information I got is quite encouraging. We’ve had in some areas a susbtantial number of Serbs turning out to vote.

“It’s better than what we had expected originally. I think the Serbs have understood that in order to improve their daily lives, they must participate in these local elections and have their own legitimate leaderships in the municipalities.”

Several ethnic Albanian political parties, including the junior partner in the governing coalition, say there is the possibility of fraud, raising doubts about the outcome of the vote and fears of political instability.

A runoff will be held on December 13 in municipalities where candidates fail to win more than 50 per cent of the vote in the first round.

Sixty-three countries, including the US and most EU members, have so far recognised Kosovo as a state.

Serbia says it will block further recognition and has Russia’s support.

About 120,000 Serbs live in Kosovo. They rejected the declaration of independence and have kept strong links with Belgrade, receiving financial and political support from the Serbian government. 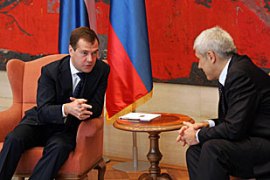 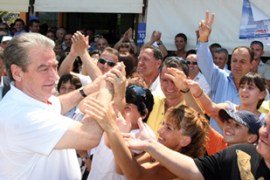