Phil Shiner, the lawyer representing the Iraqis who made the claims, said Iraqis are coming forward now following the withdrawal of most British troops from Iraq earlier this year.

“Given the history of the UK’s involvement in the development of these techniques alongside the US, it is deeply concerning that there appears to be strong similarities between instances of the use of sexual humiliation,” the AP quoted Shiner as saying in a letter to the ministry.

The British defence ministry said in a statement: “Over 120,000 British troops have served in Iraq and the vast majority have conducted themselves to the highest standards of behaviour, displaying integrity and selfless commitment.

“There have been instances when individuals have behaved badly, but only a tiny number have been shown to have fallen short of our high standards.

“Allegations of this nature are taken very seriously, but must not be taken as fact. Formal investigations must be allowed to take their course.”

The claims come as the UK examines a public inquiry into the death of Baha Mousa, an Iraqi civilian who died in British custody in 2003, with 93 separate injuries.

But Bill Rammell, the armed forces minister, told the BBC that the latest allegations do not warrant a public inquiry.

Mazin Younis, an Iraqi human rights campaigner, said some of the complaints were made after the departure of the majority of British forces from Iraq earlier this year.

“If you look at the horrible things that have happened to those detainees, you can imagine why those people are so scared,” he told Al Jazeera.

“They have been waiting for a year or two years … for their release and the last thing they want is the British soldiers to come back and arrest them again.

“And some of them are telling us even now that they’re hesitant to come forward because they have no guarantee that their names will not be passed to the Iraq side or to the Americans who have taken over Basra and they’ll be re-arrested.” 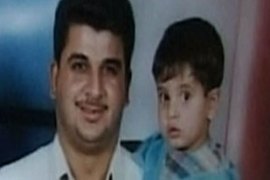 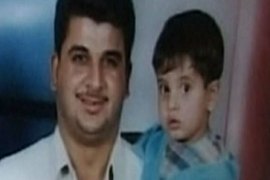 UK begins probe into 2003 death of Iraqi detainee in Basra. 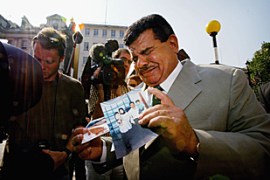 Public inquiry into how Iraqi civilian died after arrest by British soldiers in 2003.