John Winter, the foundation’s lawyer, said the organisation will defend the case, adding that it has been cooperating with investigators for almost a year.

“Obviously the foundation is disappointed that the government has decided to bring this action,” he told The Associated Press.

The Alavi Foundation allegedly managed the office tower on behalf of the Iranian government and, working with a front company known as Assa Corp, illegally-funnelled millions in rental income to Iran’s state-owned Bank Melli.

The skyscraper, known as the Piaget building, was erected in the 1970s on posh Fifth Avenue under the Shah of Iran, who was overthrown in 1979.

In 2007, the US accused Bank Melli of providing services to Iran’s nuclear and ballistic missile programmes and put the bank on its list of companies whose assets must be frozen. Washington has imposed sanctions against various other Iranian businesses.

The Alavi Foundation has been using rents collected from the building to help fund the centres and other ventures, including sending educational literature to imprisoned Muslims in the US.

The foundation has also invested in dozens of mosques around the country and supported Iranian academics at prominent universities.

It is extremely rare for US law enforcement authorities to seize a house of worship, a move fraught with questions on the constitutional right to freedom of religion.

The Council on American-Islamic Relations in a statement expressed concern over the seizure of the mosques.

“Whatever the details of the government’s case against the owners of the mosques, as a civil rights organisation we are concerned that the seizure of American houses of worship could have a chilling effect on the religious freedom of citizens of all faiths and may send a negative message to Muslims worldwide,” said Ibrahim Hooper, a spokesman for the council.

The US has long suspected the foundation was an arm of the Iranian government.

A 97-page complaint details the involvement in the foundation’s business by several top Iranian officials, including the deputy prime minister and ambassadors to the UN.

“For two decades, the Alavi Foundation’s affairs have been directed by various Iranian officials, including Iranian ambassadors to the United Nations, in violation of a series of American laws,” US Attorney Preet Bharara said in a statement.

The forfeiture action comes at a tense moment in US-Iranian relations, with the two sides at odds over Iran’s nuclear programme and its arrest of three American hikers.

But Michael Rubin, an expert on Iran at the American Enterprise Institute, said the timing of the forfeiture action was probably a coincidence, not an effort to influence Iran on those issues.

“Suspicion about the Alavi Foundation transcends three administrations,” he said.

“It’s taken ages dealing with the nuts and bolts of the investigation. It’s not the type of investigation which is part of any larger strategy.” 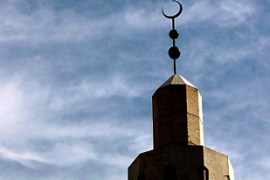 US moves against Iran Muslim group 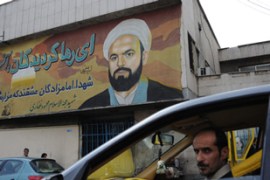