Thousands of people became ill following the incident and Trafigura, a Dutch-based commodities trader who chartered the vessel, agreed to pay compensation to the victims in an out-of-court settlement in September.

The compensation money was deposited in an Ivorian bank to be handed out, directly, in cash, to each of the 30,000 victims, but the payments were frozen last month.

Day told Al Jazeera the individual applying for the money was a “shadowy figure” and said he was “extremely worried” about the move.

“The Ivorians we know have been very scared to tell us who it is,” he said.

“They say to us he’s not a politician, so it’s not somebody within government, but it’s said to be somebody who’s very well connected, very wealthy and with lots of power and influence within the state.

“The application was so that the transfer could be made immediately. Fortunately, the court last week decided not to immediately transfer it.

“But these individuals have now appealed against that, and the decision, we think, will be made next Thursday as to whether the transfer should take place.”

In the weeks following the dumping of the waste in 2006 thousands of people overloaded local hospitals complaining of becoming ill from the fumes.

The victims’ lawyers say they have now been asked to meet a high-ranking Ivorian official who wants to reach an “arrangement” on the payments of interest from the compensation money.

It is claimed that, in return, the money will be unfrozen. 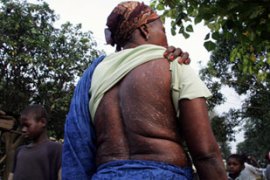 Ivory Coast residents to give up claims against Trafigura under $50m deal, firm says. 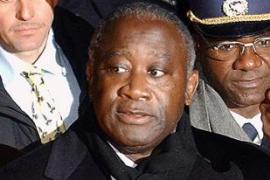 The government will use the money to clean up toxic waste that killed 10 people.

Trafigura, the international oil company blamed for dumping the waste that led to seven deaths in Ivory Coast, has denied that the waste was toxic.