Naples newspaper Il Mattino quoted local commander Mario Cinque as describing Esposito as an expert money-launderer, who funnelled illicit cash from drug-trafficking into tourism and other businesses for the Camorra crime syndicate.

Esposito, aged 49, is the latest in a string of senior mafia bosses held recently in southern Italy.

On Friday, Maroni said that 3,600 mafia members, including 15 of the 30 most wanted, had been arrested during the 18 months since the government of Silvio Berlusconi, the prime minister, was elected.

Maroni described their arrest as “a heavy blow for the Camorra”.

Camorra makes an estimated $17bn from their arms, drugs and prostitution operations.

Alessio Altichieri, a correspondent for the Italian newspaper Corriere della Sera told Al Jazeera: “Luigi, like all of them, is very influential. Certainly in recent days the authorities have been arresting a lot of very important people.

“Certainly there is a change in the attitude of the public. The perception of the public about the Camorra has been changing recently.

“The Camorra is so brutal and so efficient, but probably it is now easier than before to get tips from people.

“Italian officials are talking about building new prisons in Italy or using old prisons on the islands around the country – this gives the impression that they are really fighting and finding places where to put the mafia when they arrest them,” he said.

Altichieri added that a best-selling book Gomorrah on the group, written by Roberto Saviano, an investigative journalist who faces a death threat from the Camorra, is partly responsible for the change in public attitude among Italians. 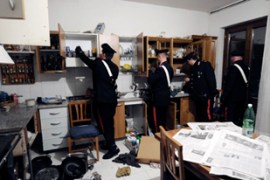 One of Italy’s “most wanted” mafia fugitives captured outside Naples. 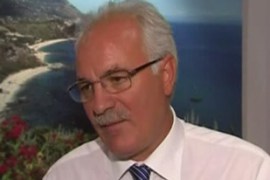 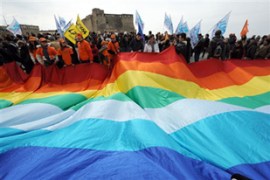 Thousands of people gather in Naples to remember the victims of mafia violence. 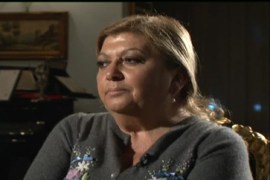 Italian mafia victim risks her business and life to stand up against organised crime.