“We hope that the government is able to manage the epidemic without a state of emergency,” Popov wrote.

However, he questioned what effect a ban on public gatherings will have on the fairness of the poll, with political gatherings also being prohibited.

“With more than two months to voting, it is completely possible to overcome the first wave of the [H1N1] flu and avoid another wave,” he said.

“But should there be a state of emergency, the election would have to be delayed,” he wrote, also proposing the May 30 date as a suitable alternative.

A total of 16 candidates are registered to run in the poll, the first since the Orange Revolution in 2004, in which Yushchenko and Tymoshenko together brought a pro-Western government to power. 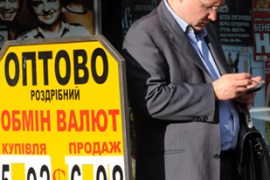