But in Gaza, which is controlled by the rival Palestinian group Hamas, there was mixed reaction, with some saying that the announcement was nothing but a political manoeuvre to gain support, Odeh reported.

While announcing his decision not to stand, Abbas said it was not a compromise and that it would not be debated.

“I have told our brethren in the PLO [Palestine Liberation Organisation] … that I have no desire to run in the forthcoming election,” he said in a speech broadcast live from his headquarters in Ramallah on Thursday.

“This decision is not a kind of compromise or a manoeuvre,” Abbas said.

The 74-year-old leader who replaced Yasser Arafat five years ago as the Palestinian president said: “We’re at cross roads. We have made lots of sacrifices in order to be able to have a right to a state.

“Since the Oslo agreements in 1993, all these agreements are based on land and on peace and an end to Israel occupation of 1967.

“We’ve pledged with Israel to reach a two-state solution but month after month we’ve seen nothing but complacency and procrastination.”

Our correspondent said Abbas’s decision would have “serious implications on Palestinian politics [and] also the prospect of peace and stability in the region”.

Abbas’s decision not to take part in the elections comes days after Hillary Clinton, the US secretary of state, visited Israel to try to kickstart the Israeli-Palestinian peace process which has stalled over Israel’s refusal to halt settlement activity in the occupied territories.

Clinton said on Thursday she looked forward to working with Abbas in “any new capacity”.

Speaking to Al Jazeera, PJ Crowley, spokesman for the US state department, said Washington would continue to push for a peace agreement, although he also acknowledged that the US and the Palestinian president have had their disagreements over illegal Israeli settlements and the conditions for peace talks.

“We certainly will continue our efforts and we certainly would encourage president Abbas to continue his lifelong efforts in pursuit of peace and a resolution that would lead to a Palestinian state,” Crowley said.

“We still think that’s possible and we’re going to search for a variety of ways to get that.”

Saeb Erakat, the chief Palestinian negotiator, said: “At the end of the day it’s not the presidency. It’s the question of the Israeli government continuing settlement activity, fait accompli policies, dictation.

“And nineteen years after trying to achieve a two-state solution, maybe the president has come to his moment of truth…”

“I don’t expect him to be leaving office any time soon. If he was intent on leaving office yesterday, he would have announced his resignation,” Rabbani told Al Jazeera.

“Instead what he’s done is say that he’ll not be a candidate in elections that even he doesn’t expect to be held. And therefore I am characterising it primarily as political theatre.”

“Since taking over the leadership of the Palestine national movement, and what remains of it, [Abbas] can’t really boast of a single important political achievement during the first four years unless, as he told the Fatah central committee, getting Palestinians to wear seat belts is a strategic breakthrough,” he said.

Abbas recently issued a decree announcing presidential and parliamentary polls, but the Hamas-run interior ministry in the Gaza Strip ordered Palestinians not to take part in the elections.

The interior ministry said in a statement the election had been called “by figures who do not have the right to declare it”.

Abbas has of late been facing heavy criticism for defending a decision to delay the endorsement of a UN report on Gaza war crimes at the UN Human Rights Council.

Although the council and the UN General Assembly have later passed resolutions adopting the report, Abbas continues to be criticised by Hamas, a rival Palestinian faction in control of the Gaza Strip, which has called on Palestinians to reject his leadership.

The rift between Fatah and Hamas has derailed a unity deal the two factions have been pushing forward under the auspices of the Egyptian government.

After the storm that was generated by the October 2 delay of the vote on the Gaza war report, Hamas said it had asked Egypt’s intelligence chief to put off the reconciliation deal until November. 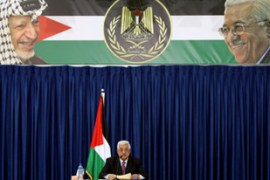 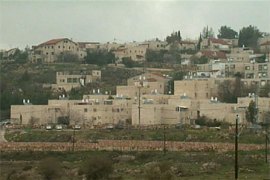 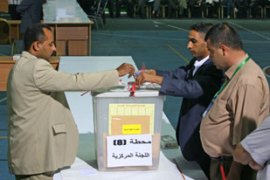 Abbas ‘not to seek re-election’

Palestinian president tells PLO officials that he will not stand in January vote. 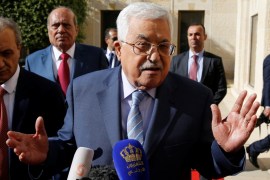 Moderate Palestinian Authority president and leader of the PLO and Fatah.