Karadzic faces 11 counts of genocide, war crimes and crimes against humanity charges for his role in the 1992-95 Bosnian war, in which some 100,000 people died.

The former leader has repeatedly refused to enter pleas, but insists he is innocent.

Karadzic will have seven days to apply for permission to appeal the ruling, and another seven days thereafter to file an appeal.

He also faces another genocide charge over the siege of Sarajevo.

He had been posing as New Age healer, named Dr Dragan Dabic, and had disguised behind thick glasses, a bushy beard and straggly gray hair. 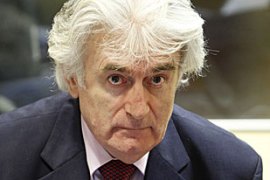 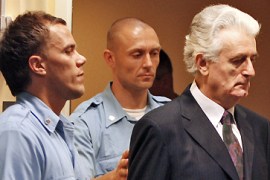 Al Jazeera visits the city that Radovan Karadzic is accused of laying siege to. 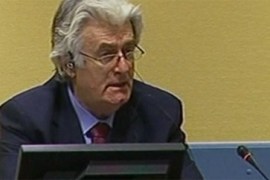 Radovan Karadzic has said he will boycott the start of his war crimes trial.