Like Magna, GM plans to cut Opel staff by a fifth and has said the unit faces insolvency if workers do not agree to cost cuts, and if countries with Opel plants do not contribute to its $4.5bn restructuring plan.

Under GM’s original deal with Magna, staff had agreed $390m in annual savings, but Klaus Franz, an Opel union leader, again rejected cost concessions from workers to help out GM, whom many in Germany blame for mismanaging Opel into losses.

“Workers will not contribute a single cent,” he declared, accusing GM of “threats, blackmail and intimidation”.

The reaction in Germany is in sharp contrast to that in Britain, home of Opel’s sister brand Vauxhall, where workers have welcomed GM’s decision to hang on to its European arm.

GM is counting on European countries that host GM plants including Germany, Britain, Spain and Belgium to provide financial support for a sweeping restructuring that aims to cut fixed costs at Opel by 30 per cent.

“If everyone negotiates for himself with Detroit, the Americans will be able to pick the best offers,” he told Hamburger Abendblatt, a German newspaper.

“It is questionable whether that would be the most economically sustainable [approach].”

Opel workers across Europe had reached a deal on cost concessions with Magna this week after months of tense negotiations.

GM cited improving business conditions and the strategic importance of Opel, which provides technology the group uses around the world, for its decision not to go through with the deal.

Carl-Peter Forster, the head of GM Europe, told Bild, a German newspaper, that he now expected “massive cuts” at Opel.

“We had negotiated a good restructuring plan which was ready and on the table,” the paper quoted him as saying.

“Now there is a danger that the sensible distribution of the burden we had agreed will unravel and the process will start all over again,” he said

“One thing is certain: even with this solution, there will be massive cuts.” 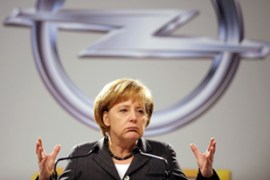 US carmaker to cut thousands of jobs a day after it announced its decision to keep unit.

Politicians and unions slam US carmaker’s announcement not to sell European unit. 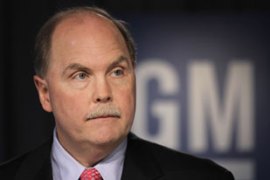