The third-quarter net profit, which equates to 26 cents per share, was a surprise to most analysts, who had predicted that Ford would report a 12 cent per share loss.

The company increased its market share in North America, Europe and South America while cutting back its operating costs by $4.6bn in the first nine months of the year.

While its rivals, General Motors and Chrysler, took billions of taxpayers’ dollars to weather the worst of the US economic crisis, Ford did not file for bankruptcy protection or government funding.

“The advantages [of foregoing government aid] clearly outweigh any potential disadvantages,” Mulally said in a conference call with analysts and reporters.

Mulally said that Ford’s third-quarter profits were due to improvements that the company had made to their products.

But the firm has cut thousand of jobs in an attempt to remain afloat since its losses began to accumulate in 2005. Ford now employs about 65,000 workers in the US – about 44 per cent fewer than the company employed in 2004.

Ford announced that it wants to boost production in the fourth quarter in response to strong demand.

Mulally said that the company was set to meet or exceed all of its financial targets and predicted that it could post at least an operating profit in the fourth quarter of 2009. 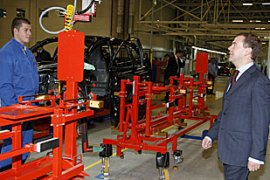 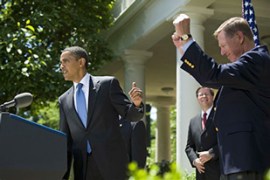 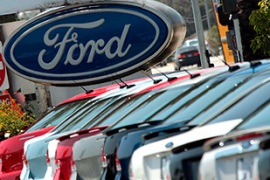 US car-maker’s sales plunge as economy continues to struggle.

US car-maker’s sales down 48 per cent as economy continues to struggle.