“What I’ve done was translating documents from foreign media Bloomberg. I got it from the internet,” she told reporters after her arrest.

“Everybody on that day wanted to know what caused the market to fall. The stock market had already dropped and we did the translation in the evening.”

Thai stocks fell a combined 7.2 per cent on October 14 and 15 before rebounding 3.5 per cent the following day.

The two were charged under the 2007 Computer Offence Act covering the posting of false computerised information that causes harm to national security and the public.

The laws are designed to protect the royal family, but activists say they are outdated and stifle free speech.

The king, the world’s longest-reigning monarch, is regarded as semi-divine by many of the country’s 63 million people.

His health is a sensitive topic in financial markets because he is seen as the sole unifying figure in a politically polarised country with a long history of coups and upheaval.

The king was admitted on September 19 with a lung infection and fever and has been seen only once in public since then, on October 23, when he visited royal monuments in the hospital grounds. The palace has said he is recovering.

Thailand’s Securities and Exchange Commission (SEC) has said it is seeking trading information on two accounts from two foreign brokers, Credit Suisse in Hong Kong and UBS in Singapore, in connection with the market plunge and was also looking at one domestic account.

Credit Suisse and UBS have so far not commented.

The department of special investigation, which comes under the justice ministry, is also conducting an inquiry into possible stock trading irregularities, which it expects to complete in late November.

Korn Chatikavanij, the country’s finance minister, met the SEC and the Stock Exchange of Thailand on Monday to look at ways of managing volatility on the stock market. 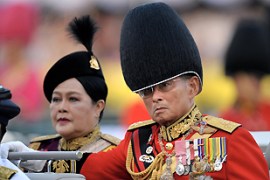 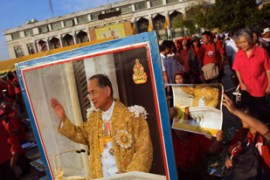 King Bhumibol Adulyadej is being treated for fever and fatigue. 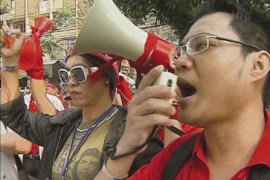 Thailand’s law against insulting the monarchy, plus Italy’s other religion. 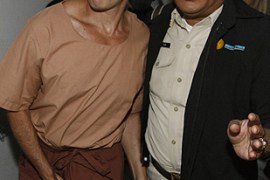