“It is subject to certain rules and regulations agreed to within the party.”

His father had a day earlier praised the party’s young leadership and an ambitious reform programme spearheaded by the younger Mubarak.

Gamal Mubarak said: “There’s a tendency to over-analyse lines in speeches [of the president]. Listen to all the president’s speeches from previous years… All along, he’s spoken about a new generation… He’s all along asked for opening the doors for the youth and women.”

Hosni Mubarak, 81, has ruled Egypt for 28 years and has yet to say whether he will stand again or whether he would support Gamal as a candidate.

His son, a former investment banker, heads the policy committee in the NDP and has been tipped as the next president, although he has never admitted having presidential aspirations.

Two ministers, including Ahmed Nazif, the prime minister, have said recently that Gamal Mubarak is a possible candidate to run in the 2011 presidential elections.

Gamal Mubarak’s supporters say he is “perfect” for the job, and that his lineage works against otherwise good credentials.

Gamal Mubarak is credited with helping to push through economic changes that have won praise from foreign investors.

Egypt’s opposition groups launched a campaign against his possible succession to the presidency earlier this month.

Several alternative candidates have been floated by opposition parties and the media in the past month, including Amr Moussa, the Arab League chief, and Mohamed ElBaradei, the Egyptian head of the United Nations nuclear watchdog agency. 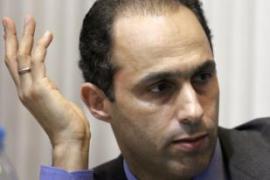 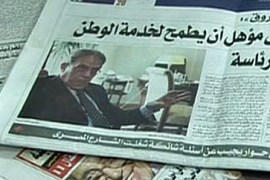 Speculation spreads that the Arab League secretary-general will stand in 2011 vote. 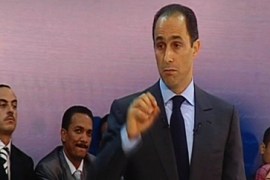