Officials said on Friday that Obama – who agreed early in his presidency to send 21,000 extra troops to Afghanistan – has not made any firm decision in regard to McChrystal’s request.

Should Obama decide to send more troops, they would join a US military force that is already scheduled to reach 68,000 personnel by the end of the year. There are also about 39,000 troops serving in Afghanistan under Nato.

But the US president also has to consider a drop in US public support for the war, amid a dramatic rise in US military casualties this year.

Only 40 per cent of Americans support the presence of US troops in Afghanistan, a poll released on Wednesday by the Associated Press and GFK said.

Obama is also facing pressure from within his Democratic Party, with several senior members understood to be in favour of pulling forces out of Afghanistan.

One of the options being looked at by the White House is to engage with the Taliban, while taking the war to al Qaeda, whose fighters are understood to be based around the Afghanistan-Pakistan border region.

Peter Baker, a writer with the New York Times, said that Obama had to assess whether sending extra troops would be actually be conducive to improving US security.

“They are trying to evaluate the threat to the United States and, in this evaluation, al-Qaeda aspires to attack the American homeland, whereas the Taliban has generally not been vocal about attacking the US directly,” he told Al Jazeera.

“So, to the extent that the Taliban is a threat to American interests, it is a threat in that it might provide safe haven for al-Qaeda.

“The question [the cabinet-level team] is grappling with is, Does it make sense to send 40,000 more troops and spend a lot more  money to fight a radical group that may not even be the main threat to the US?”

The US intelligence estimate that 25,000 Taliban forces are ranged against the US and Nato presence in Afghanistan includes associates who are less committed to the fight, officials said.

A US counterterrorism official said the figure was a “rough” estimate because it is difficult to ascertain the size of armed opposition groups that tend to operate in small units.

“You’re not talking about fixed formations that rely solely on full-time combatants. Numbers ebb and flow. Bands of fighters appear and vanish,” the official said.

A US defence official, also speaking on condition of anonymity, said that while the size of the Taliban force is far smaller than the combined US and Nato presence, the fighting methods they employ help overcome the asymmetry.

“By the very nature of insurgency, you do not need a lot of insurgents to inflict a lot of damage, because they are able to choose the time and the place to engage,” the official said. 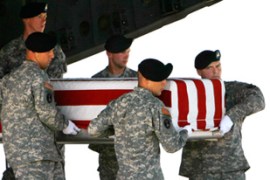 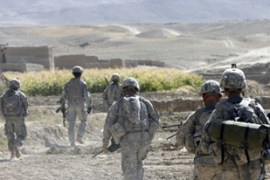 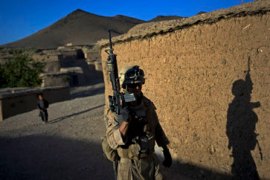