The move by Khreisheh comes after Mahmoud Abbas, the president of the Palestinian Authority, was strongly condemned for his perceived role in delaying a vote at the UN Human Rights Council last week on whether to endorse the findings of the report.

Such a vote would have been one of many steps to bring Israel before a war crimes tribunal.

Al Jazeera’s Nour Odeh, reporting from the West Bank city of Ramallah, said Khreisheh’s attempt to re-convene a meeting was “perhaps an admission that the outrage, public and official, across the Palestinian political spectrum, has been unbearable for the Palestinian president”.

“This step is likely to defuse tensions, although it is still not clear whether the Palestinians will be able to secure enough votes from states to convene this session of the UN Human Rights Council.”

The president faced particularly strong criticism from Hamas, the main political rival to his Fatah faction, but also from many ordinary Palestinians and non-governmental organisations who took to the streets to protest against the cave-in.

Even the Palestinian cabinet distanced itself from the deferral, saying that it supported and continues to support pushing the Goldstone report through the UN Human Rights Council and to the International Criminal Court.

Speaking on Thursday, Salam Fayyad, the Palestinian prime minister, said that the decision by Abbas to support a delay to a vote on the Goldstone report was regrettable, but that it should not undermine reconciliation talks between Fatah and Hamas, on October 25.

“The way in which the Goldstone report was treated reflects weakness in the Palestinian arena,” he said.

“The response to that should be unity. The main conclusion should be that this weakness necessitates speeding up ending the division and uniting the homeland – not dodging this requirement.

“There are real efforts to draw lessons from the Goldstone affair.”

During a closed door session on Wednesday, the UN Security Council decided against Libya’s call for an emergency session to address the Goldstone report, but voted to bring forward its monthly meeting on the Middle East by six days, to October 14.

Abdurrahman Shalgham, the Libyan ambassador, flanked by ambassadors for Egypt, Sudan, the Arab League and the Palestinians, had said the goal had been to open discussion on what happened in Gaza and “the tragedy for Palestinians living there”.

The report by Goldstone highlights disproportionate use of force by Israel and says it deliberately harmed civilians during its offensive on Gaza.

Israel launched a major offensive on the Hamas-governed Gaza Strip in December 2008, saying it wanted to stop rockets fired by Hamas into its territory.

At least 1,400 Palestinians and 13 Israelis died during the three-week war. 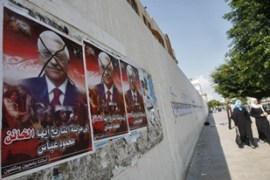 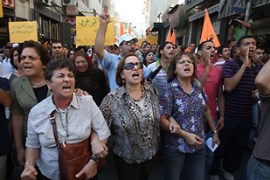