Reinfeldt said on Wednesday that Klaus, a Eurosceptic, had refused to answer his phone calls since the result of the Irish referendum.

The treaty, which can only come into force when all 27 nations have ratified it, cleared a significant hurdle last week when Irish voters approved it in a second referendum.

Only the Polish and Czech presidents’ signatures are still needed on the document, which will create a long-term president and a stronger foreign policy chief.

Lech Kaczynski, the Polish president, is expected to sign it soon, but Klaus’ intentions are less clear.

Fischer expressed confidence that the president would sign the treaty, which has been approved by the Czech parliament, once the court’s review of the document had been finished.

“I believe that everything is in place for the ratification of the Lisbon Treaty to be fully completed in the Czech Republic by the end of this year,” he said in Prague.

“I am fully convinced that after we have the ruling of the Czech constitutional court, the Czech president will be ready to complete the ratification.”

Sweden faces the unenviable task of laying the foundations for the reform package so that it can enter force next year.

Reinfeldt ruled out starting consultations on the new posts created until the opinion of the Czech court becomes clearer.

“If this treaty is ever going to enter force next year, we have to start work now.”

The complaint to the Czech constitutional court was filed by Czech senators, most of them from Klaus’ former party, and the court expects to announce a date for the final ruling within three weeks. 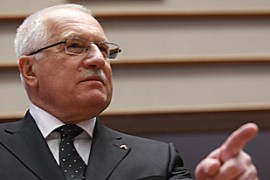 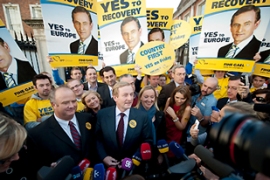 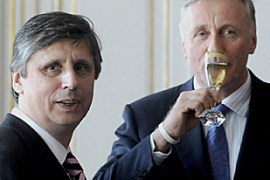