The latest comments appear to show the North’s willingness to return to six-party talks with South Korea, China, Japan, Russia and the US.

The North had walked away from the talks in April and declared its agreements invalid after the UN condemned Pyongyang’s long-range rocket launch.

US ‘willing to engage’

Tuesday’s reported remarks by Kim largely repeat Pyongyang’s long-held contention that Washington holds the key to its willingness to give up building a nuclear arsenal.

Al Jazeera’s Melissa Chan, reporting from Beijing, explained that while it appeared to be déjà vu, what was new was that the Obama administration, unlike the Bush government, had indicated it could be open to bilateral talks with Pyongyang.

Responding to the North’s comments, Ian Kelly, a spokesman for the US state department, said Washington was ready to talk to North Korea if it returned to six-party talks but added the goal must be a complete end of Pyongyang’s nuclear weapons.

“The US remains willing to engage North Korea bilaterally within the framework of the six-party process to convince North Korea to take the path of complete denuclearisation,” he said.

Kim’s apparent willingness to return to six-party talks is just the latest in the country’s flip-flops on its atomic programme.

Underscoring the North’s constant vacillations, South Korea’s Yonhap news agency on Tuesday quoted an official in Seoul as saying that Pyongyang was in the final stages of restoring its Yongbyon nuclear plant.

The North’s chief source of material to build a bomb has been its Yongbyon facilities.

It had agreed to dismantle the site during six-party negotiations but later announced it would restart the plant, accusing the US of planning to attack the country.

“We have obtained indications that point to restoration work being in the final stages,” the unnamed South Korean government official was quoted by Yonhap as saying.

If the report is true, our correspondent said, it would not be too much of a surprise as this is standard North Korean strategy: to say certain things and do something else entirely.

She added that despite the high-level Chinese visit and Pyongyang’s statements, it will take some time and quite a bit of convincing before people are certain what the North Koreans’ intentions are. 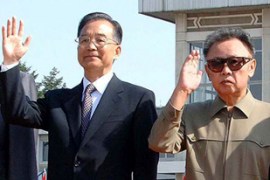 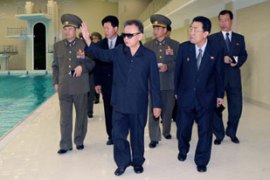 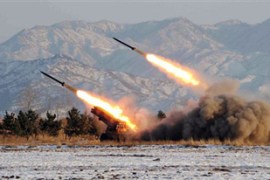