The 575-page report by Richard Goldstone, a South African ex-judge appointed by the UN, blames both the Israelis and Hamas for war crimes, but is more critical of Israeli troops for “targeting and terrorising civilians”.

Media reports said that the Palestine Liberation Organisation (PLO) delegation to the UNHRC had attempted to prevent discussion of the report under US pressure.

There are no members of Hamas – the de facto rulers of the Gaza Strip – on the delegation.

Earlier on Sunday, Mohammed Dahlan, a member of Fatah’s central council, asked the PLO Executive Committee for an official probe into the reasons for the delay in the vote.

“We call on the Palestine Liberation Organisation to form an investigation committee into the causes of asking for a postponement to reach the truth about the situation and it is important to listen to Ambassador Khreisheh [the Palestinian representative at the UN in Geneva] because this is not related to the ambassador but rather to policies,” Dahlan said.

He welcomed the report and praised its content and the integrity of the author.

He said that the Goldstone report is a “substantial national issue that relatively vindicated the Palestinian people and condemned the [Israeli] occupation and its policies”.

Other PLO factions, parliamentary groups and human rights organisations have been criticising the vote delay.

The Popular Front for the Liberation of Palestine called the step “defeatist” while the secretary general of the People’s Party called for an official investigation.

About 1,300 Palestinians were killed in Israeli attacks, while 13 Israelis died due to incidents related to the war.

Many analysts have said that Washington sees the findings of the report as complicating the advancement of peace talks between Israel and the Palestinians. 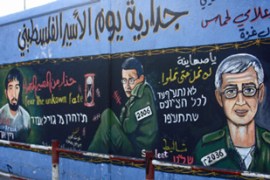 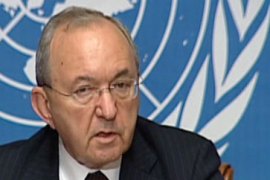