Workers coming to work at the Nippon Garments factory north of Dhaka found a notice at the gate saying authorities were closing the factory for a month, citing losses and falling orders.

They then took to the streets to protest, and police said as many as 15,000 people were involved in the protests.

Maleka Begum, a police official, said at least 100 workers and a number of police officers were injured in the clashes.

The protesters were demanding three months’ back pay, she said.

“The angry workers became unruly and violent this morning. They threw up barricades on the roads and suddenly attacked police.”

Garment factories in the South Asian nation have been hit hard by the global economic crisis with several cutting wages to compete for orders with countries such as Vietnam, China and India.

A worker’s minimum monthly wage is $23, but labour rights organisations and unions say many factories do not meet that standard. 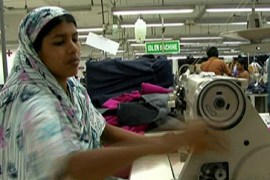 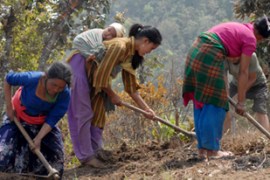