The approval comes a day after the 40th anniversary of the internet’s inception in a computer experiment by researchers at the University of California, Los Angeles.

Wael Ghanim, Google’s product and marketing manager for the Middle East and Africa, told Al Jazeera there is now intense interest in the Arabic domain.

“The Arabic domains is actually a great initiative which shows that there is global interest in the Arabic domain as well as it solves a clear problem of transliteration whereby there are a lot of different ways where you can write an Arabic name into English.”

There are an estimated 40 million Arab internet users and the number is rising daily.

The decision also allows governments or their designees to submit requests for specific names. That move is expected to begin on November 16 and users could start seeing the names in use early next year, particularly in Arabic, Chinese and other scripts in which demand has been among the highest, Icann officials have said.

However, not everyone is happy with the changes.

Since their creation in the 1980s, domain names have been limited to the
26 characters in the Latin alphabet used in English, as well as 10 numerals and the hyphen.

Technical maneuvres have been used to allow portions of the internet address to use other scripts, but until now, the suffix had to use those 37 characters.

That has meant internet users with little or no knowledge of English still had to type in Latin characters to access websites in Chinese or Arabic.

Now, Icann is allowing those same technical means to apply to the suffix as well, allowing the internet to be multilingual. 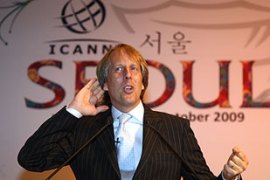 Changes to way website addresses are regulated will end monopoly of Latin script.