Elsewhere in the region the MSCI index of Asia-Pacific shares outside Japan was up by two per cent, a day after falling 2.4 per cent in its biggest one day slide since August.

Data released on Thursday showed the US economy growing by a surprisingly strong annual rate of 3.5 per cent in the latest quarter, snapping four negative quarters.

The recovery has been fuelled in large part by a massive government stimulus and a cash incentive for people buying fuel efficient cars.

But following Thursday’s figures, Barack Obama, the US president, warned it was still too early to say whether the economy was back on track.

“While this report represents real progress, the benchmark I use to measure the strength of our real economy is not just whether our GDP is growing, but whether we’re creating jobs, whether families are having an easier time paying bills, whether our businesses are hiring and doing well,” he said.

Many economists however have already declared the US out of recession with signs that growth and company profits would continue to improve.

“The growth trajectory in North America and in Australia is supportive of markets going higher.”

But Michael Pettis, a professor of finance at Peking University in Beijing and a senior associate at the Carnegie Endowment for International Peace, said the US rebound is fragile.

“The underlying numbers are not so good. If you look at disposable household income, it was actually down by around 3.4 per cent for the quarter,” Pettis said.

“So we’re seeing an imbalance here. American households are getting poorer, but American consumption is going up.”

A labour ministry survey showed there were 43 jobs for every 100 applicants in September, the first time since May 2007 that the job-offer ratio has improved from the previous month.

That news along with signs of an easing of deflationary pressures and increased household spending added to hopes of economic recovery.

Some economists however have warned against being too upbeat about the economic outlook.

“There are concerns that price drops in services and other wide-ranging sectors may pressure wages, leading consumers to seek even lower prices,” Credit Suisse economists wrote in a report, adding that a “further credit easing is needed” to address deflation.

In a separate development the International Monetary Fund (IMF) has said the economies of China, India and Australia are recovering so rapidly that they are beginning to see signs of inflation.

“In a few special cases… the recovery is advancing so rapidly that output gaps are already starting to close and pressures are already emerging,” the IMF said in a regional economic outlook report, released in Seoul on Thursday.

It warned also that the apparent recovery in Asian economies was supported by huge government spending, and that the domestic demand for goods and services remained still weak.

“The risks of inflation at present are low. In most countries, large output gaps are likely to persist for some time and are even expected to widen next year in many cases, as growth is projected to remain below potential,” it added.

The comments add to growing expectations among global traders that some major emerging economies will be forced to raise interest rates and remove stimulus measures far ahead of advanced economies. 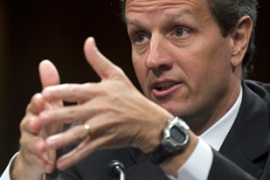 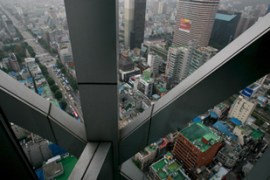 Growth fastest in more than seven years, thanks to government spending and rate cuts. 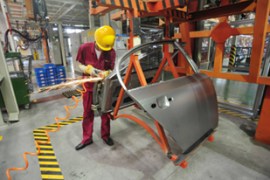 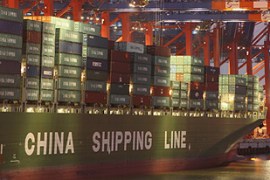