In an interview with CNN, Clinton noted that she had been asking a question of Pakistan but did prejudge the answer.

“But let’s not forget, they [the Taliban fighters] are now part of a terrorist syndicate that, in sort of classic syndicate terms, would be headed by al-Qaeda,” she said.

Anne Patterson, the US ambassador to Pakistan, said Clinton’s remarks approximated what the US administration had told Pakistani officials in private. 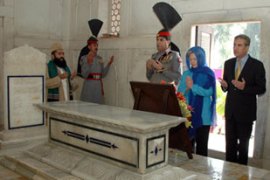