Chinese authorities have created a website with photos of dozens of rescued kidnap victims, mostly infants, in an attempt to track down their families.

The Babies Looking for Home website is part of a nationwide government crackdown on the widespread trafficking of women and children.

The website includes short physical descriptions of each child, the date they were rescued and a contact number for the police station or welfare official in charge of their case.

The youngest child profiled appears to be just a few months old, and most of them were boys.

State media have reported hundreds of rescues and arrests since the campaign began in April, but the new website shows that at least 60 children were yet to be reunited with their families.

In a statement announcing the new website on Tuesday, the public security ministry said that 2,008 children had been rescued between April and October.

Some of the older children profiled appear to have been rescued years ago and it was not clear from the website when exactly they were found by the authorities.

Al Jazeera’s Melissa Chan, reporting from the Chinese capital, Beijing, said the authorities had been on a very aggressive campaign and had found a few hundred children, although no details were forthcoming about the rescue operations.

Our correspondent said the rescued children were either too young or can no longer remember their names and other details, which made it difficult to trace their kin.

The government set up a national DNA database in May to locate the families of rescued child victims but had trouble reuniting them without sufficient personal information, prompting the police to create the website..

“It’s the first time the ministry has published data about children whose parents couldn’t be found through the national DNA database,” lawyer Zhang Zhiwei, a volunteer with Baby Come Home non-governmental organisation, was quoted as saying by China Daily.

China’s traditional preference for male heirs has driven a thriving market in baby boys, who fetch a considerably higher price than girls.

Girls and women are also abducted and often used as labourers or as brides for unwed sons.

Some families sell their female babies in order to try for a boy, since the country’s one-child policy limits most families to having one child. 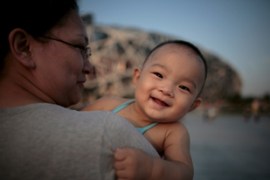 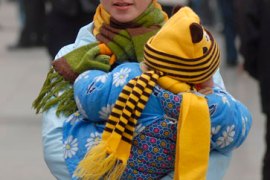 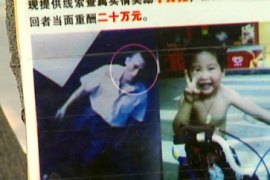 Al Jazeera reports on the thousands of children taken from their parents every year. 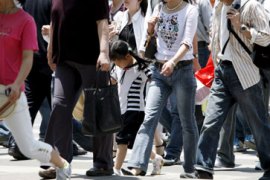