Ben Ali won 86 per cent of the vote in Tunis, the country’s capital, according to the interior ministry figures.

The only real opposition candidate, Ahmed Brahim, came in last.

In the parliamentary election, Ben Ali’s Constitutional Democratic Rally (RCD) party won 161 of the 214 seats in the Chamber of Deputies, with the remaining 53 to be divided proportionally between the competing opposition parties.

International human-rights groups have alleged that campaigning took place in an atmosphere of repression.

Rachid al-Ghannouchi, the exiled head of the banned Nahda party, criticised the presidential and legislative elections.

Speaking to Al Jazeera, he said: “How can the elections be carried out amid silenced media, full jails, countries full with political immigrants, banned parties and laws?

“What we witness is a cold, badly written, badly directed play that despises the intelligence of Tunisians and believes that these aspects can make legitimacy, or make a new political regime, while it is only a practice that does not belong to this era.”

Rafiq Abdessalem, a senior researcher for the Al Jazeera Research and Studies Centre in Doha, described the Tunisian government as “a dictatorship”.

“It is an expected win … there is no free media within Tunisia’s civil society, no free speech, everything is orchestrated by the government and the elite,” he said.

“This is the hallmark of a real dictatorship. On the outside the regime has a modern facade which is the antithesis of political life in Tunisia. On the ground the practices are of a totalitarian regime.”

Ben Ali had hit out at critics just hours before polling stations opened on Sunday, saying the vote would be democratic and accusing his opponents of peddling lies.

Many voters said the president deserved another term because he had made Tunisia into one of the region’s most stable and prosperous countries.

Tunisia has been commended for its “solid economic foundations” and “real efforts at modernisation” by the International Monetary Fund.

Ben Ali came to power in 1987 when doctors declared his predecessor, Habib Bourguiba, unfit to rule after more than 30 years in power.

He won the last election, in 2004, with 94.4 per cent of the vote, while his RCD won an overwhelming majority in parliament.

Tunisia is expected to apply to the European Union next year for “advanced status” – which could give it preferential trade terms and boost its international standing.

It does not want criticism over the election to affect its bid.

Ben Ali has vowed to elevate Tunisia to the rank of developed countries, committing himself during his next mandate to reducing an unemployment rate of 14 per cent.

However, he faces a difficult economic climate. 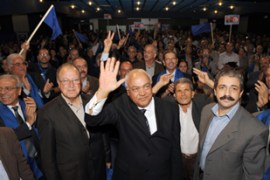 Incumbent Ben Ali, who has been in power for 22 years, likely to win fifth term. 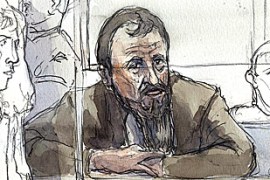