Chun Hae-sung said Monday’s offer was purely humanitarian and there were no plans to resume large-scale food aid.

“We will send 10,000 tonnes of corn and 20 tonnes of powdered milk for those such as children and pregnant women as a show of humanitarian support and brotherly love,” Chun said.

“It’s difficult to say 10,000 tonnes are enough considering the North’s food shortages, but North Korea did not specify the size or items when it asked for humanitarian assistance.”

The last shipment of rice in 2007 was valued at about $152m, and was a part of a $1bn aid package from Seoul aimed at keeping relations with the North on an even keel.

The South Korean president ended years of unconditional aid to the North under a new policy that ties future assistance to nuclear disarmament, prompting a boycott.

Earlier this month the North sought unspecified humanitarian aid from South Korea in return for co-operation in reuniting families separated since the 1950-53 war.

The North has been battling chronic food shortage as its economy continues to suffer from fresh UN sanctions following its nuclear test in May, a loss of aid from the South, heavy military spending, recurring floods and years of failed agriculture policies.

South Korean media have said that Lee’s government have held secret talks with the North on a summit, with Lee reportedly saying the door is always open for a summit as long as it is tied to moves by Pyongyang to reduce the security threat it poses.

“We can say the aid is related to the co-operation North Korea has been showing these days, including the family reunions, but at the same time, we cannot attach it to speculation of North-South summit talks,” Kim Seung-hwan, a North Korea expert at Myungji University, told the Reuters news agency. 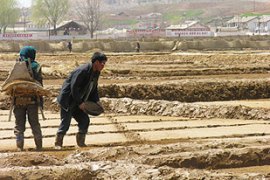 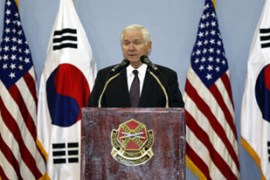 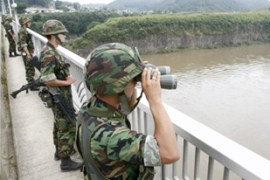 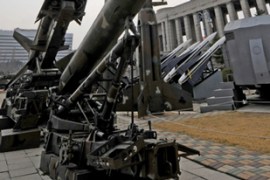