Uranium enrichment is the focus of Western concern that Iran’s ultimate aim is to manufacture a nuclear weapon, a charge strongly denied by Tehran.

Enriched uranium produces fuel for civilian reactors, but in highly extended form can also make the fissile core of an atomic bomb.

On Saturday, Mehr quoted an unnamed Vienna-based official as saying that the IAEA inspectors would “compare the information given by Iran [about the Qom plant] with the facility during their visit.”

The inspection comes as Barack Obama, the US president, Dmitry Medvedev, the Russian president, and France’s Nicolas Sarkozy pledged support for a separate deal to end the crisis over Iran’s uranium enrichment drive.

The White House said the three “affirmed their full support” for a UN-brokered deal under which Tehran’s existing stock of  low-enriched uranium (LEU) would be sent abroad.

Nazanine Moshiri, Al Jazeera’s correspondent in Tehran, the Iranian capital, said the UN inspectors had only three days to do their job.

“They say they are going to use all technical tools available to them to assess whether there has been any recent activity at the plant. The Iranians, of course, deny this. They say that enriching has not started yet,” she said.

“But what we understand is that [the] inspectors will be taking environmental swaps at the plant – trying to assess whether there is any military dimension at all.

“And that’s really key – to try to prove that Iran’s intentions are peaceful or whether the plant was going to be used for military purposes.

“The Iranians say they’re going to fill the plant with the latest kind of centrifuges, which will only be able to produce low-enriched uranium. That’s what the inspectors will have to assess and report back to Mohamed ElBaradei [head of the IAEA] in November.”

Tehran missed a Friday deadline for responding to the UN deal about uranium, saying it would give its answer next week.

State TV has said Iran would prefer to buy uranium for a reactor that makes medical isotopes, rather than send its own stock abroad for enrichment.

“They are saying we will give you the 20 per cent [enriched uranium] fuel for the Tehran reactor only if you give us your enriched uranium,” he told Iran’s ISNA news agency. 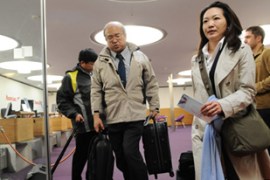 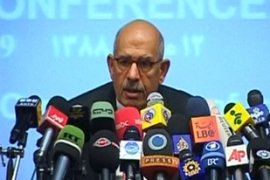