Hours after the attack, the Balochistan Liberation United Front, a local armed group, claimed responsibility in a phone call to a local news agency, AFP reported.

“Today after intense engagements, security forces secured the significant mountain top of Tarkona Narai after an effort lasting 16 hours,” the military said in a statement on Sunday.

At least 15 Taliban members and one soldier were killed in the fighting, it said.

Independent verification of such reports was not possible because the military has blocked access to South Waziristan.

Sunday’s fighting came a day after the army said its forces had captured Kotkai, the hometown of Hakimullah Mehsud, the Pakistani Taliban leader in South Waziristan.

“The good news is that [communications] intercepts show that there are differences forging among the Taliban ranks,” Abbas said.

“Their aides are deserting them.”

The military launched its campaign against the Taliban in South Waziristan over a week ago, pitting around 30,000 Pakistani troops against an estimated 10-12,000 Taliban fighters.

The government says the region has become a stronghold for fighters who fled Afghanistan after the US-led invasion toppled the Taliban rulers there in late 2001.

The army’s offensive comes amid a wave of Taliban attacks across the country that have left close to 200 people dead. 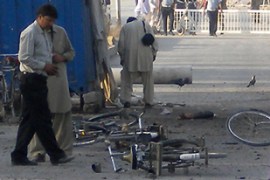 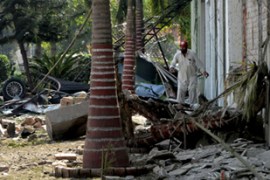 Explosions go off in three different parts of the country as PM calls security meeting. 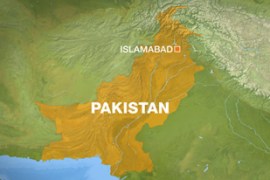