The deployment was part of a wider operation that has resulted in 1,200 arrests since 2005.

Felipe Calderon, Mexico’s president, has sent out 50,000 troops across his country in an attempt to stamp out drug gangs.

However, the operation has not stemmed Mexico’s severe drugs-related violence that has killed about 14,000 people since late 2006.

The La Familia cartel has control of drug production and distribution in the southwestern Mexican state of Michoacan and ships large quantities of cocaine and methampetamines to the US from there, US officials allege.

“The La Familia cartel has demonstrated an incredible level of sophistication and ruthlessness,” Holder said.

“By seizing their drugs and upending their supply chains, we have disrupted their ‘business as usual’ state of operations.”

A New York grand jury has indicted Servando Gomez-Martinez, the alleged chief of La Familia, and three other gang members on charges of conspiracy to import cocaine and methamphetamines.

If convicted, they face at least 10 years in prison and a maximum penalty of life imprisonment.

Holder’s statement comes a day after a Mexican government report said that the murder rate in the Mexican city of Ciudad Juarez has reached record levels amid a continuing battle between two cartels.

The city, which lies close to Mexico’s border with the US has reported 1,986 murders – almost all drug-related – by the middle of October this year, the report from the Chihuahua state attorney-general’s office said.

That marks a rise from the 1,171 murders in Ciudad Juarez for the same period in 2008, the report said.

There have been 195 murders this month alone, officials said.

According to Victor Valencia, Chihuahua state’s public safety secretary, the killings, averaging seven a day in the city of 1.5 million, and can be blamed on an escalating war between the Sinaloa cartel run by Joaquin “El Chapo” Guzman and the Juarez cartel.

The cartels are fighting for control of smuggling routes between Ciudad Juarez and El Paso, over the US-Mexico border in Texas. 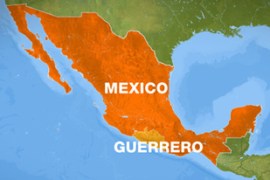 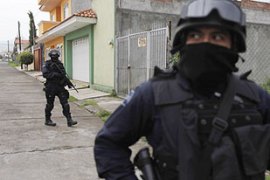 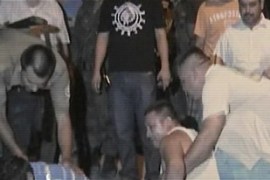 At least eight people are killed in the shooting, including four teenagers. 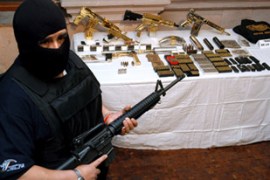