Before the shooting of the three suspected drugs gang members on Wednesday, 23 suspected traffickers and three residents had been killed since Saturday.

The killings come just a few weeks after Rio was declared host of the 2016 Summer Olympic Games.

People living in a slum close to where the helicopter went down fled their homes on Tuesday night.

They said that they had heard rumours that a gang from another slum was planning to enter the area.

“Everyone is afraid of going back to their homes, it’s better to stay on the street,” one male resident, who asked not to be identified, said.

Luiz Inacio Lula da Silva, Brazil’s president, has offered the state of Rio almost $60m over six months to help the authorities crack down on the violence.

Hundreds of innocent residents have been killed or wounded by police due to tactics that have been condemned by several human rights groups.

The police last year killed more than 1,100 suspects they described as “resisting arrest”.

Residents killed in police raids are often called suspected criminals – with no investigations carried out to back up the charges. 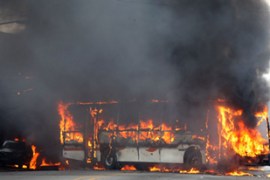 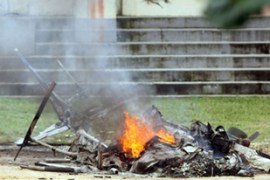 Helicopter downed and 12 people killed in clashes between police and drug gangs.