But in August a landslide election win swept a new government to power in Tokyo led by Yukio Hatomaya, the new prime minister.

Hatomaya has said he wants to revise the US-Japan alliance, making for a more equal partnership with Washington and making Japan less dependent on the US.

Some members of his cabinet have gone a step further, demanding that all troops leave the country.

Central to the 2006 deal is a plan to shift the US Marine air base at Futenma on the southern island of Okinawa to a less crowded part of the island.

Hatoyama has said he wants the base moved off the island, but the US has ruled that out, saying that would undermine broader security arrangements that took more than a decade to negotiate.

Speaking to reporters before his arrival in Japan, the US defence secretary said he saw no alternatives to the original plan, but Japan has suggested it needs more time to work out its stance.

The issue of the presence of US forces in Japan has long been a sensitive political subject with many residents near the bases complaining of crime, noise, pollution and the risk of accidents.

Speaking after Wednesday’s talks with Gates, Toshimi Kitazawa, the Japanese defence secretary, said he had pointed out the political difficulties involved in the deal.

But he said he felt that spending a lot of time reaching a decision would not be healthy for the future of the US-Japan alliance.

Earlier Hatoyama, the new Japanese prime minister, assured Gates his administration would “place great importance on and cherish our alliance.”

“Under the circumstances in which uncertainties remain in this Northeast Asia region, I think it is imperative to maintain and develop our alliance even further.” 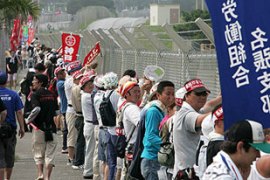 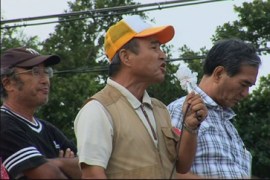 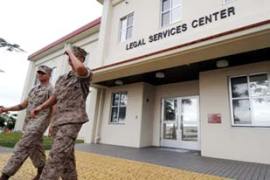 US marine jailed for Japan assault 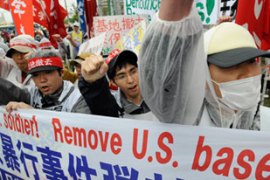